Culture Shock: Everyone’s Being Mean to Me! 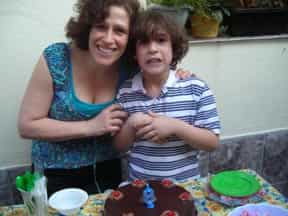 After much whining during our trip to see family in Brazil last week, my eight year old son announced that he was behaving badly because “everyone here is being mean to me.”  Knowing that nothing could be further from the truth, I immediately went from being (annoyed) mother to ethnographer:  This was culture shock…a gut reaction to the perceived isolation of being in another environment and communicating across a language barrier.

Here’s a sample of what culture shock looked like in an 8 year old:

Sound familiar?  The good news is, once diagnosed, there are some tips to try to ease some of the anxiety of culture shock:

Where or when have you felt Culture Shock?  Was it in another country, or have you had the same feelings in the U.S. but in a situation where you were the only one of your gender, race, culture, ability, etc.  How did you feel?  How did you react?