Dare to Ask: Who is They? 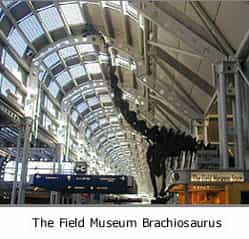 Have you ever seen the dinosaur in the United Terminal at O’Hare in Chicago?  Depending on your opinion, THEY might be crazy, as in “what the hell were THEY thinking” putting a dinosaur in an airport, or perhaps THEY are helpful, as in, “thank goodness THEY put a dinosaur here to entertain my child for an hour!”

I like to look at the dinosaur because it reminds me that THEY can always be tracked back to a person.  And in this case, it’s me.  I was Director of Promotions for the Chicago Department of Aviation when we put the Dinosaur on exhibit in 2000 or so, to highlight United Airlines sponsorship of the new Sue Exhibit at The Field Museum-the Brachiosaurus came to O’Hare to make room for the new T-Rex at the museum.  (And in case you were curious, the dinosaur replica was taken apart, bones were transported in boxes small enough to fit through the x-ray machines, and then the whole thing was reassembled overnight on the secure side-obviously a ‘pre-September 11′ operation.)

But back to ‘They.’  I still remember a story on Chicago Public Radio from 2004, where Andrew Wilson from Branson, MO legally changed his name to ‘They’ because “‘They’ accomplish such great things.  Somebody had to take responsibility.”

The point is, it’s good to question ‘who is they.’  THEY also said there would never be an African American President, or an Hispanic Supreme Court Justice.

Who do you think of when someone says ‘they’ said this is the way it is?  Next time someone gives you a ‘they’ answer, ask ‘who is they?”