Get Smart, The Cold War, Russian Spies, and Family Time 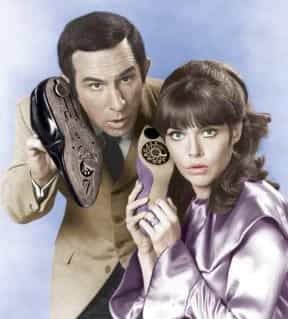 I shared with my husband the article in yesterday’s New York Times, about President Obama’s decision to give a meeting with Prime Minister Putin a backseat to some time with his family.

From an intercultural communications perspective, it struck me as 100% against the grain–the entire idea is to understand your counterpart’s orientation and frame of reference, and, particularly if sales are at stake, to meet them more than halfway to come to mutual understanding.

The ultimate evaluation of the visit seems to be positive, and perhaps as the “American President” he was more concerned about appealing to Americans, as might be interpreted by his trying to maintain a work/life balance (although my husband and I, who on paper differ in terms of cultural background, religion and political orientation, both agreed we thought the President should always be a President first, family second).

I was more taken aback by his joke about his daughter Sasha’s name, notable for its Russian connection.  As the NYTimes reported, “Mr. Obama jokingly called her “Agent 99,” after the “Get Smart” character. “She just looked like she knew where she was going,” he said. “I thought she was going to pull out her shoe phone.”

Don’t get me wrong, I loved the original Get Smart TV series, but wasn’t it about the Cold War, based on mistrust and stereotypes of Russians as spies?  Would that be the best joke to use to build trust for the future?

It looks like no one (besides me) took note, but have you ever tried humor in a cross-cultural situation and had it backfire?  What was the situation?  How did you respond?