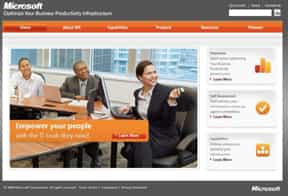 Did you hear about the controversy around the “Microsoft Photo Swap” last month?  Microsoft turned a black man into a white man using Photoshop to reuse a photo on a website that ran in Polish, intended exclusively for Poland.  Not sure of any backlash in Poland, but people in the US found out, expressed outrage, and Microsoft apologized and pulled the ad.

In the age of Twitter, something that happened over two weeks ago is like ancient history. But even the delay in writing about this is significant in how it reflects a (my) fear of offending or sounding naive or even worse, biased, when race is involved.  Will it shout that I just don’t get the underlying implications for institutional inequities when I say “ummm, so what?”

Will you think me a bad person when I say that I (and others) have changed race in photos to which I owned the rights in the past to ADD diversity to a marketing publication?  Is it somehow worse if you are changing race to homogenize or de-diversify an ad?

There are instances where doctoring a photo is deliberately misleading, as seen in these examples found at stinkyjournalism.org.   In one, blood was removed from a dying victim’s shirt in a photo run in the Honduran Daily La Prensa to soften images of the recent coup there.  In another, a Spanish spy chief  changed his head after being caught on film on a fishing trip when he was supposed to be on assignment.  (Note to people who just thought “oohh, good idea!”  Don’t just copy the head of the person standing next to you in the photo…you will get caught and canned!)

While I think Microsoft’s retraction of the ad was a premature knee-jerk reaction, we can thank them for a couple of lessons for intercultural communications and multicultural/global marketing:

1.  From my perspective, trust your gut and don’t be afraid to express your own theory about things (e.g. me being chicken to say “who cares” about race swap in photo).   State what you believe and be receptive to hearing others’ perspective in response.  Isn’t that the basis of intercultural communications?

2.  From Microsoft’s Perspective: Own Your Own Identity.  This is at the core of hegemony in anthropology and the starting point for empathic communication.  Plus, it’s media relations 101:  if the answer is right the first time, it’s right the 10th time, no matter how someone else tries to spin it.

3.  For Global Marketing:  You never know who is watching.  With the explosion of social media, brands can no longer have the luxury of one-way, controlled messaging.  Global branding is not just about how you present your brand in isolation to specific, defined cultures in clearly targeted countries and markets.  It’s truly multicultural, as ads are seen by people of multiple cultures in multiple environments and from multiple perspectives all across the globe, and all at the same time.

What do you think?  Should Microsoft have pulled the ad?  Is there anything wrong with changing race to target an ad to a specific market?