The “Other Side” of Intercultural Parenting 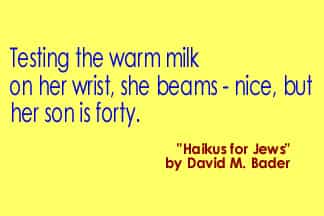 I just learned of the term “helicopter parents,” or parents who “hover” around their children.  This apparently is a problem now on college campuses, as parents remain too involved in their children’s adjustment to University life. And while the phenomenon extends beyond US borders (a 12 year old in Italy just won a lawsuit against his parents!), it does not seem to flow into South America, or more precisely Brazil.  (I’m not admitting to being a Helicopter Parent, I’m just saying SOME parents in the US behave that way.)

While we agree on most of the big stuff (we had talked of raising him Jewish a good 15 years before he was born), he’s wrong-I mean-we disagree on a multitude of others, from diet to appropriate movies to a rare spanking.  I give him too many sweets; he won’t switch to family programming when Dillon’s in the room.  And on it goes.

With all the focus in intercultural communications on understanding and empathy, there’s another side that also can have value:  allowing the other to be the way he or she is, without acquiescing our own identity or power.  We agree to disagree.  What I’ve noticed is that even when we don’t agree, Dillon does better when we both actively parent.

That said, as magnanimous as I try to be, I clearly can’t be objective and know this post must be rife with my own unconscious bias.   So, in summary, I offer you this clip of George Lopez on parenting as the closing “Latino” book end to my Jewish opening above.  (Please note the title was added to this clip by someone of Mexican heritage who identified with it, but even in opening the segment Lopez compares generational differences, noting he’s never hit his own daughter-okay, only once, when his wife wasn’t looking-while also making fun of memories of his own upbrining.)

How do your parenting styles differ?  Is it cultural?