Cross-Cultural Truth: No Such Thing as a Fat Barbie 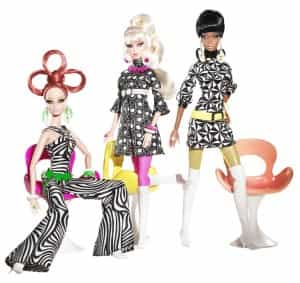 With the notable first black Disney princess debuting 84 years after the first (in the Princess and the Frog, in Theaters December 11), I don’t doubt that the number of black dolls also falls well behind that of white dolls.

So it’s understandable that, as the Wall Street Journal points out, “many black parents had high hopes when toy powerhouse Mattel, Inc. released So in Style, its first line of black dolls with wider noses, fuller lips, sharper cheekbones and a variety of skin shades.”

Remembering my childhood as an overweight, short, Jewish girl whose hair would frizz in under two seconds in the notorious St. Louis humidity, I had to laugh at the next comment:

The criticism over Mattel’s new black fashion dolls underscores how difficult it is for large commercial companies to please a widely diverse black community with a single image or two depicting young African-Americans.

It’s the same with intercultural communications, where people meet someone from Mexico or China or wherever, and assume that person can speak on behalf of his or her “People.”  At best it will create a biased perception of a culture, and at worst it will feed stereotypes and prejudice.  There are as many representations of a group as there are people in that group.

But, back to Barbie.  All young anglo girls are not tall with long flowing locks and 22″ waists.

Perhaps we can all agree on one universal, cross-cultural truism…there’s no such thing as a fat Barbie with unruly hair.

May I call you sister?

p.s.  In my commitment to truth in journalism, I had to ‘Google’ Fat Barbie before publishing this.  I stand corrected.