My college roommate used to love to start conversations at parties by asking “Do you think good and evil are objective or subjective? (This was the same roommate whose favorite Charades word was Dostoevsky’s “Gulag Archipelago,” but that’s another story…)

A lively conversation always ensued. Is murder always bad? What if the person is terminally ill? What about cultures that allow children to be forced into marriage. Is that bad?

Well, in short. Yes. Surprising from a multiculturalist? Shouldn’t be, because 1.) all cultural sensitivity aside, there are certain universal human rights that transcend cultural traditions, and 2.) to be a great multiculuralist, it’s important to have a strong core identity. To know who you are is the best platfrom from which to understand and know others.

When I first read about Beyonce’s refusal to alter her costumes to perform in Malaysia, I was curious.   To what extent do you alter your “brand” for access to other cultures? (Gwen Stefani did go forward with a performance there in 2007 by agreeing to cover up).  What is integral to your identity or product?  What values do you convey by your choice of where, when and how to interact with international fans?

But the more recent performance makes me wonder if rather than a core of values, her decisions are based on a lack thereof,  as reported in the Daily Beast

Beyoncé had a busy New Year’s Eve: Not only did the R&B superstar perform at Roman Abramovich’s $5 million party, she also did a five-song set at the Nikki Beach club on St. Barts, in front of a crowd that included Jay-Z, Usher, and Lindsay Lohan. The only problem? The party was thrown by Moammar Qaddafi’s son Hannibal, alleged to be a wife-beater and violent criminal. Beyoncé reportedly was paid more than $1 million for the performance. “Jigga, Beyonce and Usher were @ Nikki Beach performing for Khadafy family, WTF?” tweeted DJ Sam Young

There are two lessons for intercultural communications:

1.  You never know who you will have someting in common with (even DJ Sam Young says “you can’t judge a book by it’s cover,” in reference to Prince William’s cool music selection at Boujis in London) 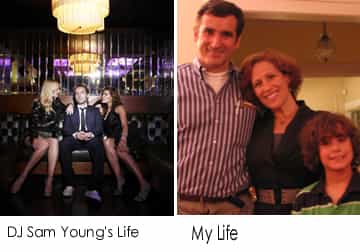 and 2.  Even in knowing and learning, interacting and accepting cultures from around the world, it’s important to operate from a core of integrity, and from a core identity that guides your actions and decisions.

Do you have a clear set of core values that guide you?  How have you responded when they’ve been challenged?