Noting When and How we Reference Race, and the Assumptions behind the Absence 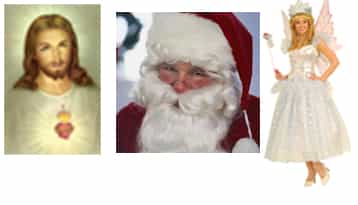 Hey you racist, why did you mention only Serena Williams race in last week’s post about the Mother Nature/Tampax ad?

Luckily that comment didn’t come in, but as I was riding the train (or the “L” as we call it in Chicago) downtown yesterday, I realized I did mention Serena’s race, but not “Mother Nature’s”.  Why?

As for Serena, the point was that supposed to be that while she happened to be African-American, it was her star power that shined.  Her celebrity drove her selection for the ad, over racial identity.

But for Mother Nature, who is white, there is a hint (or a clobber on the head) of unconscious bias.  Isn’t it just understood that Mother Nature is white, just like Jesus, and Santa Claus and the Tooth Fairy?

Save the extreme racial ignorance that accompanied Harry Reid’s recently revealed words during the 2008 election campaign, there is a parallel here:   the underlying assumption/bias that White is the norm.  In Reid’s case, he then gauges Obama’s appeal against that norm.

The white majority has the option of not perceiving themselves in a racial manner.  But only in embracing one’s identity as white, as distinct from other possible identities can you remove yourself from the center of the circle and look out as one of many identities on equal par, with equal value to offer.

How do you describe your racial identity?