Argument is Good, No? 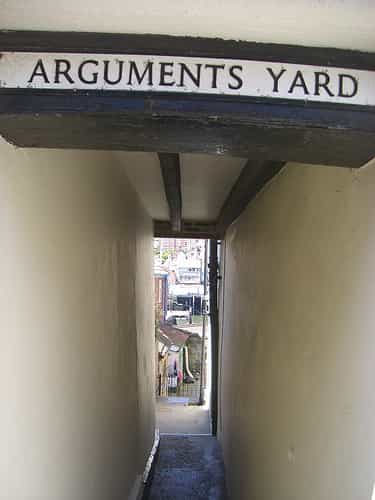 I’m not talking about staged arguments where each side has planned out what they will say in advance, or actual physical brawls, but good, old fashioned discussion of philosophical ideals, where conversation evolves as each side is informed and inspired by the other.

“Argument is good, no?” is actually a direct quote from my Post Modern Literature professor, Matei Calinescu,* at Indiana University, Bloomington.  Knowing I was a Comparative Arts major (under the Department of Comparative Literature, focusing on the interrelationship of the arts, looking at how different types of artists manipulate their means in similar ways—for example making a staccato with repetitive consonants in poetry, short brush strokes in painting, or rapid pecks of notes in music), Professor Calinescu had asked me to prepare a brief review of the modern art movements from the early 20th century.

As I stood before my peers expounding on Marcel Duchamp and Dada as the reaction to war, Cubism and Futurism as art trying to capture the intensity of the growth of industry across modern Europe, Professor Calinescu politely interrupted me at each turn to question and contradict.  I forged ahead, trying to deepen my presentation from parroting what I’d learned in art history to truly synthesizing and owning the knowledge and ideas, all the while my face growing redder and hotter.

At the end of class, Professor Calinescu came and complimented my presentation.  “Excellent presentation,” he congratulated me.

“Except that we obviously don’t agree on a single point of early 20th century art” I responded.

And there came the line…”Argument is good, no?”

I knew immediately “I’d been had,” recognizing both the humor and respect captured in that simple remark.

Before TV, discussion of ideas WAS the entertainment of the evening.  Even Christopher Hitchens, known for having extreme or controversial ideas (author of god is not Great:  How Religion Poisons Everything) has a deep curiosity enriched by massive intellect that informs what he does.

If you’ve heard him speak, he has clearly articulated and historically supported arguments for his beliefs.  But what makes him charming, he is genuinely interested in what others have to say, from doorman to event planner (aka me, when planning the event where he spoke as part of the opening of  new Spertus Institute of Jewish Studies in Chicago), to fellow journalists and intellectuals.

At the first level of intercultural communications, there is often talk of identifying similarities as an entrée to communication.

But perhaps it’s at the sometimes scary point of argument that we truly begin to cross the cultural divide…the moment where we lay out our own thoughts and ideas and listen empathically to those of others…that is where the prize lies.

Hmmm…argument as “sport” or “play.”  I’ll have to remember that during my next heated discussion with my husband.

How about you?  How have you formed your core ideas?  If pushed do you have ‘empirical’ data to support them?  With whom might you discuss them?

photo credit Between a Rock

*I’m only sorry I didn’t share this memory with Professor Calinescu sooner–he passed away on June 24, 2009, at the age of 75.  For the year that our lives crossed, I don’t remember who won the Super Bowl, or who won the Academy Award, but I can picture our conversation after class that day.  Thank you.