Can you be a Chicken and still be a good intercultural communicator? 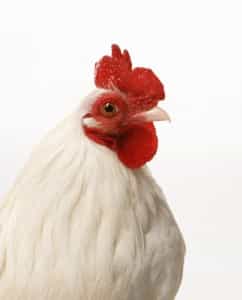 Can you be a chicken and still be a good intercultural communicator?*

The short answer is “no.”

For Women vs. Men, there’s an 80/20 rule.  80% may follow common characteristics, and 20% may not, but that doesn’t preclude you from talking about trends that will help you market to the 80%.

Our natural instinct is to group and categorize like with like, and to be an ‘expert’ in a paticular area, you need to be able to do that in a way that’s actionable, as in “here’s how women generally behave, and here’s how you can use that to best market your product.”

As Marti pointed out, it’s nice to be nice, but at some point you need to interpret the data and insert/assert your own position.

The point is that I probably will offend someone, sometime.  But, I also know who I am.  If I offend, it will be unintentional.

With intercultural communications, while individual characteristics ultimately trump cultural generalizations, you can’t teach or write a book called “6 billion people and here’s how you reach them individually.”  At some point you need to identify common traits, customs or behaviors by culture (or even…gasp…race) to be able to start a dialogue.

The good intercultural communicator will not be afraid to do that.  The trick is to also have the confidence in your own identity to be able to take an unintended offense, and turn it into a doorway for communication and growth.

Who have you offended lately?  How did it turn out?