Five Questions for @cmcilwain About Teaching Kids About Race 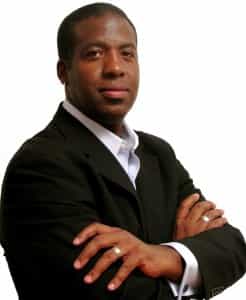 Intercultural Talk was delighted to catch up with Dr. Charlton McIlwain following his ‘appearance’ on DoctorRadio on Sirius/XM Radio earlier this week, talking about “Teaching Kids about Race.”

1.  What are the top three pointers you have for parents when teaching kids about race?

1. Be willing to talk to your kids about race.
2. Kids recognize color and other differences early, so be prepared to start talking to them early.
3. Be aware of your own biases and prejudices so that you are able to recognize and talk to your children about any of the ones they might develop.

2.  Does how one talks about race with their children change based on the race of the parents, e.g. will (should?) African-Americans teach it differently than Caucasians?  If a family is multi-racial, will that make it different?

That’s a good question. I think my first reaction would be to say no – that how one talks about race with children should be the same no matter your racial/ethnic background. That being said, it is certainly likely that the content of what one talks about will be quite different. When we look at the historical underpinnings of race and racism people of different backgrounds have played very different roles and groups of people have been affected differently. Thus, a white parent speaking to his or her children may find themselves explaining to their children what role other whites had in something like slavery, or having to answer a question like, “Why do Black people think I’m a racist because I’m White?” On the other hand, a  Black parent may find him or herself addressing comments or questions like, “Why are White people prejudiced? or Why are there so few people that look like me on Television or in my school textbook? A multiracial family may find themselves having to address all of these and more! The truth is, everyone from all backgrounds should probably confront all of these types of questions and issues, but some may be more salient than others depending on one’s background.

3.  How might parents avoid passing along their own unconscious bias when talking to kids about race?

Being able and willing to recognize them when they come up. Be willing to point out and talk about those biases when they are expressed by their children. Try to impress on children that when they express some bias or prejudice, the object is not simply to not say it or express it again. It’s to think through why those biases may or may not be true, hurtful, harmful, etc.. In this way kids learn to be aware of and be able to police their own biases and expressions rather than merely censoring them.

4.  Any tips for helping children respond if they are the recipients of a racist remark (or does even asking this question set up a defensiveness going in for the child)

5.  What question am I missing? What final advice might you provide for parents?

Dr. McIlwain is an Associate Professor of Media, Culture & Communication at New York University.  His expertise, research and teaching focus on race and media and racial discourse in the United States.  Intercultural Talk ( @cultureguru) recommends keeping up with him @cmcilwain) and @smcaliendo and their Project on Race in Political Communication on Twitter.

Any additional tips you would share?  What’s worked for you?  What hasn’t?