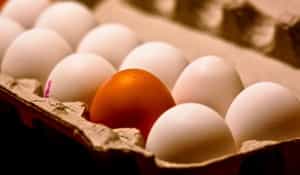 I need to go take a shower.

I just caught myself talking to my husband’s kindly Indian colleague over the phone like he was an idiot, plus I read this article by Tim Wise “Imagine if the Tea Party Was Black,” and realized I am guilty. (This is a must read!)

One, because looking at actual numbers I had assumed the tea party was inconsequential, and two, because, between me, you, the lamppost and my conscience, I would have been scared last week when I had to walk through a dispersing crowd at a Tea Party rally in Spokane, had the group been black.

It was ironic that just next door to the Spokane Convention Center where the Tea Party Rally was held was the Doubletree Hotel, where the SIETAR USA conference was being held.  SIETAR, the Society for Intercultural Education, Training and Research was talking about living and working in an intercultural world (I was in town for the latter).

On my way to dinner I had to walk alone through the crowd of mostly older, white men and women, dressed in blue jeans and American flags, carrying signs condemning Obama and his policies.  My dramatic protest?  I said “no thank you” when offered their printed propaganda.  Ooohh, you are so brave!

But this is also a good “wake-up call.”  While I strive to be aware of my own cultural orientation, biases and communication style, it is said that when under stress we revert to those first learned.

In other words, when faced with the day to day challenges of life (balancing work, family, health, economy, etc.) or events more dramatic, we might revert to our “natural” or first learned communication tendencies, and forget our intercultural yearnings.

Shwooh—I guess the good news is that I’ve realized all of this before leaving my house this morning.  Good thing I haven’t done anything stupid like publicizing my unconscious bias on a public blog or something.

Anything you want to come clean about?  How does recognizing your unconscious gut responses make you a better person?