What Nationality is Cinco de Mayo? 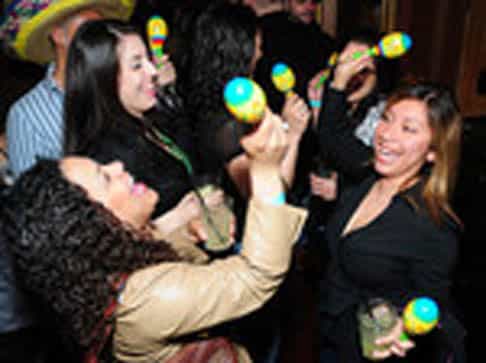 I found out from my Chinese-American friend (my designation-not sure how he self-identifies) on his Facebook update today that he felt misled by what he thought was a traditional Mexican holiday.  However, he discovered and shared that:

Cinco de Mayo is only a big deal in America. It’s not even a holiday in Mexico…It’s actually a Hallmark Holiday!!!

A quick Internet search reveals there is an original tie to Mexico.  The holiday commemorates the victory of the Mexican militia over the French army at The Battle of Puebla in 1862.  The holiday is celebrated regionally throughout the state of Puebla in Mexico.

It seems that many (USAmericans) mistake Cinco de Mayo for Mexican Independence Day.  It’s not.  That holiday is celebrated September 16.  And for any art history buffs who also thought of Cinco de Mayo by Francisco Goya, that was made in 1808 in Spain, so no connection there either.

Or is it a US “Hispanic” Celebration?

And that, my friends, is the end of the history lesson, and the move into a sterotypically USAmerican “Hispanic” Holiday that brings together a melange of seemingly “hispanic” customs and traditions to celebrate Cinco de Mayo in the US.  (Suddenly I’m reminded of reports, albeit false, of former Vice President Dan Quayle’s lament that he hadn’t studied Latin to be able to communicate with ‘those people’ in Latin America.)

For my Facebook friend, he ads that “I’ll still be drinking, of course!” And he won’t be alone.

How it’s celebrated in the US

There’s everything from the celebration in Holyoke Colorado that begins with a Salsa Contest (which I just found out from a Panamanian salsa dance instructor has it’s roots in Cuba and Puerto Rico.) to the Cinco de Mayo Pub Crawl in Chicago that visits Moe’s Cantina, a Spanish Tapas Restaurant.  To note, the National Museum of Mexican Art, sort of the keeper of Mexican culture in Chicago, does not feature a Cinco de Mayo event.

So, is it all in good fun, or is it cultural appropriation?  Or perhaps it is, as my facebook friend discovered, simply a platform for marketing.

Companies such as Halloweenmart seem to perpetuate stereotypes, offering Cinco de Mayo ‘costumes’ that range from silly to bordering (or crossing the border) to offensive or racist, a la the Native American or Japanese Geisha costumes seen in October.  Target offers a selection of Cinco de Mayo books.  And, of course, you can order an online Cinco de Mayo card at Hallmark.

I’ll be curious to hear from my son tonight to see if the holiday was discussed at school (he did–in French class).  What do you think?  Do you celebrate Cinco de Mayo?  For the margaritas, or do you feel a cultural significance?