3 Steps to Discovering “You’re Not Doing That Just to Annoy Me?” 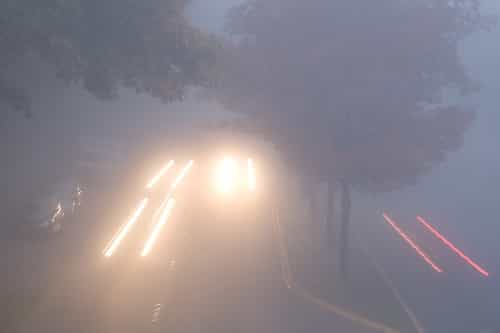 As someone sped up, whipped in front of me and then immediately slowed down in traffic this morning, I thought…”ahh, that reminds me of the time we were driving home from Michigan in the fog…” (Did you think I was going to say something else?)

For the Michigan Drive, the weather was awful, deep fog, and it was hard to see.  On top of that we had this “a—hole” (assessment pre-intercultural analysis) driving with his brights on right on our tail almost the whole way until we crossed the border into Illinois.  We finally pulled off into a gas station, thinking we’d let the “j–k” go around us, and wouldn’t you know it, he pulls off too!

We get out of the car minding our own business but a little huffy puffy, and an older (older than us) gentleman, African American, gets out of the car that had been following and comes running over (age and race are probably irrelevant here, other than I noted it at the time and perhaps we all note it in moments of potential conflict).

“Thank you, thank you,” he says enthusiastically.  “You saved me and my family!”  We looked over, noticing his wife in the front seat, and three kids in the back. “One of my headlights is burned out, and I can’t see a thing in this fog.  I saw your Illinois licence plate and just decided to stay close, hoping you were headed to Illinois too!  I can’t thank you enough.  We wouldn’t have gotten here without you!”

The connection between this morning’s errant driver, the driver in Michigan, and Intercultural Communications is, we don’t always know WHY someone does something.  Put that in the context of what my highly evolved friend from college likes to say “this is not about me,” and add in a key tool promoted in inclusion trainings by Executive Diversity Services: “assume positive intent,” and you have a good framework for intercultural discovery.

So, in summary, when confronted with behavior that might not be the way you would do something (whether it be because of cultural, gender or individual differences):

1.  Don’t assume you know why someone is doing something.  When in doubt, ask;

2. Don’t assume the behavior is directed at you personally;