Bat Mitzvah’s and Adopted Babies from Korea: How We Learn and Pass-on Culture 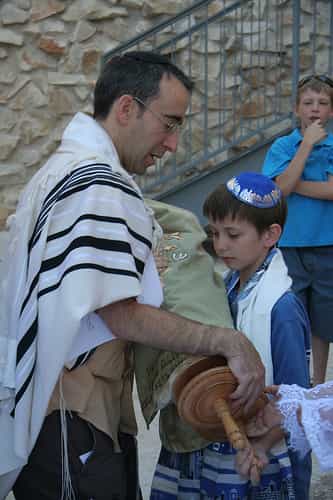 Between a Bat Mitzvah (Jewish coming of age ceremony, Bat for girl, Bar for boy) on Saturday and a conversation at lunch yesterday that exposed multiple unconsicous assumptions of mine, I seem to have race, bias, and interculturalism on the brain, and in particular the idea of how culture is passed-on from one generation to the next.

One of the traditions in the Bat Mizvah ceremony is the “Passing of the Torah.   The generations line up, from the 12 or 13 year old bat mitzvah to the parents to the grandparents, and they literally pass the torah–the sacred teachings of Judaism–down from generation to generation until it lands with the youngest generation symbolically ready to takeover as an adult.  I cry every time, looking so profoundly at how we love and raise our children to lead the future.

As far as the lunch conversation, I got stumped twice–not really stumped, but finding myself having to check my preconceived ideas about “the way things are.”

My girlfriend, who is Chinese-American, is married to a man who is Korean-American.  Thinking I am so hip and cool unlike my fellow Americans who lump everyone together under “Asian,” I asked if she noticed differences between their Chinese and Korean cultural traditions, thinking I could expound on my deep knowledge and intercultural hyper-sensitivity.

Well, she noticed differences, but mostly because he was, the best that she could describe, “so Indiana.”  Her husband was adopted as a baby by a couple in small-town Indiana, and their heritage traced back to Germany.  There was really nothing dominant that was culturally Korean about him.

Both instances reflect the passing and learning of culture.  The Bat Mitzvah is in the more traditional sense, Jews teaching Jewish tradition from generation to generation.

My friend’s husband is in the more global sense, and challenges or guards us against assumptions–as culture is learned, his cultural identity and even values and communication style are most likely normed around a northern European tradition–the one in which he grew up.

But even my friend finds it interesting that a conservative, small town family did something so “exotic” (her word) like adopting a child from Asia.  In fact, when the two of them were taking a road trip (they now live in the Big City…Chicago) to see his family they stopped at McDonald’s, and she said the entire place stopped eating and stared at this Asian couple who had entered their midst.

So he is culturally one of “them” but not immediately recognized as such.

And, on top of that he is a stay-at-home dad.  Well, I don’t know what to say now, except that he sounds brilliant and fantastic and defies any categorization you (ouch–was that me trying to do that?) might try to place on him.

Remind you of anyone you know (yourself included?)