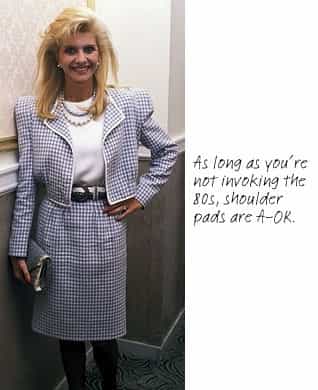 Quick.  Gut answer.  If you see an African American and a Caucasian person debating Affirmative Action, which side of the fence  would you imagine each is on?

As students prepare to return to college for the fall, an article on NPR last week explored “Affirmative Action:  How Far Have We Come?” reflecting on the case of white student Jennifer Gratz, who in 2003 filed the first law suit presented before the Supreme Court claiming she was denied entry because of discrimination under the University of Michigan’s Affirmative Action policy.

As might be expected, NPR staff writing the article consulted both African American and Caucasian thought leaders for their opinions on the subject.  Note that the races of the pundits were not acknowledged, but what was interesting is that the black commentator, John McWhorter, argued against Affirmative Action, while the white commentator, Tim Wise, was for it.

For those that know McWhorter and Wise’s work, it’s actually not surprising.  McWhorter is known for his criticism of welfare and how “therapeutic alienation transformed welfare into a multigenerational dependence program.”  Wise writes extensively about White Privilege, and has said “The denial of racism is a form of racism itself.”

So why did I note their race as related to their ideas in the story?  Because it didn’t jive with that unconscious idea of what blacks and whites SHOULD think about Affirmative Action.  Indeed, at least from this 2002 study by Harris Interactive for the journal American Demographics, 80% of whites and 71% of Hispanics are against the special preference given by Affirmative Action; and 84% of blacks think that Affirmative Action is still necessary.

Two days later, thinking about the article, an image of “Shoulder Pads,” so popular in the 80’s, popped into my mind.  My tailored jackets with their big puffy epaulettes still hang in the closet, ready for duty.  Drawers hold shoulder pads since cut out, but saved, just in case, for their reappearance.

“Be free!  Get rid of them!” coached my college girlfriend.   Even my 9 year old son says “Shoulder pads are out of style, mommy.”

And so are two-dimensional ideas about race and race relations.  It’s hard to remember this when political pundits and TV personalities grab more and more attention with outrageous and divisive opinions and the public dialogue on everything from Supreme Court nominees to immigration to personal scandal is increasingly polarized.

But back at home, in real life, you get a lot farther by noticing that things don’t always match what you thought about “the way things are,” that people will not answer a certain way, simply because of their race.

Like huge shoulder pads, perhaps it’s time to get rid of outdated, clichéd views of race.  The first step, sometimes, is recognizing they are outdated (a skill that can be learned and practiced).

Any things or ideas you’re hanging onto?