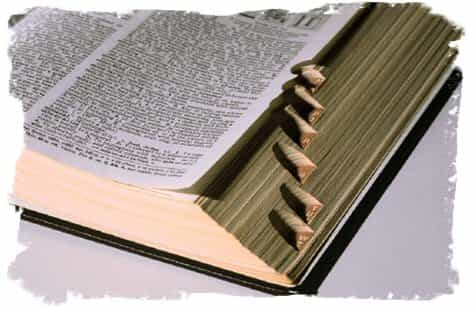 I read with a bit of sadness this week that Oxford University Press, the publisher of the Oxford English Dictionary, said

“so many people prefer to look up words using its online product that it’s uncertain whether the 126-year-old dictionary’s next edition will be printed on paper at all.”

I learned early on to replace “that’s not a word in English,” with the softer, “that’s not a commonly used word in English.”  After all, what did I know?  I had only been born and raised speaking English.  My husband, on the other hand, a native Portuguese speaker just learning English, had read the entire dictionary.

I, too, in preparing for a recent trip to Paris had pulled out my old College French Dictionary for a casual read.

There’s something so exciting and satisfying about discovering or rediscovering the perfect word in English or in another language, allowing you to convey bold meaning or subtle innuendo.

Certain words I crave for in English don’t exist:  batepapo (Portuguese for after-dinner-small-talk), and we really need the word “durate” which doesn’t exist in English (in Spanish and Portuguese it’s ‘durar.”)  It’s even better than to “last,” to “take” or to “run,” as in the movie will run 3 hours, as the emphasis is not on the time passed but the length or substance of the activity filling the time.

I know, I know.  Everyone, me included, runs on-line to look stuff up all the time.  But that’s more of an “I need to know right now” mentality, not “this is knowledge for life.”  I don’t need to remember what I learn on-line or synthesize it into my vernacular because it will always be there when I need it.

And what about the dictionary as a tool for learning English as a Second Language.   With the on-line dictionary, you need to know the word you want to look up, spelling and all, and it will give you a definition.

For someone learning another language, it’s about discovery and NOT knowing exactly what you are looking for.  It’s about browsing at your leisure, exploring words like an archeologist or an anthropologist and uncovering the great secrets of a culture.

p.s. If you are a mature business person or my parents, do not read any further.  Otherwise…

I couldn’t leave a post about the joys of the dictionary without a quick review of the USAmerican College Drinking Game “Dictionary.”  (As in anything in college can be turned into a drinking game and all we have is a dictionary and beer, so now what do we do?)  A great educational game that is perfect for 3 or more players…It’s how I learned and still remember the definition of “futhark,” the runic alphabet.

2.  Lee opens the dictionary and finds an obscure word that he assumes no one in the group knows.  For example, “fyke.”  Ask to confirm that the word is new to all—if someone knows the word, just pick another.

4.  Lee mixes up the slips of paper and reads them all out loud (“Fyke” A long, bag-shaped net held open by hoops, used for catching fish.  Or “Fyke” to fake liking someone.)

5.  Each player guesses which is the real definition.

8.  Lee passes the dictionary clockwise, and play begins again with a new word.