The Jewish Jain and Other New Year Traditions 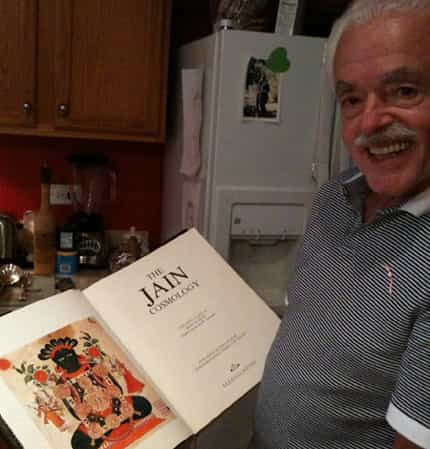 The conversation arose during a celebration of Rosh Hashanah, the Jewish New Year that took place on September 9 this year.  “What year is it? And why are our years different, again?” my sister asked.

While many may take this opportunity to argue the most significant event in history, most will agree to the 2010 year for practical, pluralistic purposes.

My sister’s father-in-law, however, was eager to use the discussion to open up a whole new view.

“I’m a Jain now,” he announced, “a Jewish Jain,” as he produced a book that cited 75,000 years of history (although religioustolerance.org cites the “first Jina” the roots of Jain, as a “giant who lived 8.4 million years ago.”)  He then began to delve into the practice of “salekhana,” which is fasting to death and Jain ideas of freeing the soul by conquering love and hate, pleasure and pain…”

At this point we tuned him out in favor of sitting down to dinner, but even this last act is a little bit like how ethnocentrism defines who we are:  different cultures with completely different histories, from 2,000 years to millions: Do we think about the ideologies behind our traditions and views of history?  Which one is the “right one?”