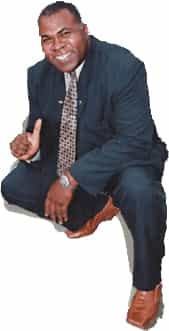 Nothing drives that home more than “O Contador de Histórias,” a film by director Luiz Villaça that we saw as part of MOSTRA 2010, a Brazilian Film Festival presented by the Illinois-Sao Paulo Partners of the Americas along with Columbia College Chicago and the School of the Art Institute in Chicago this past weekend.

Villaça, who was in Chicago for the opening, said he was reading a book of children’s stories by world-renowned story-teller and teacher Roberto Carlos Ramos to his sons, and realized the last story in the book was the story of Ramos’ own life.  It was so compelling he called Ramos about wanting to turn that story into a movie.

In a nutshell, Ramos, the youngest of 10 children living in poverty in a one-room home in Belo Horizonte, was sent by his mom to FEBEM in 1978.

FEBEM stands for the Fundação Estadual para o Bem-Estar do Menor (State Foundation For The Well-Being of Minors).  Per the TV commercial she believed he would have the chance at a better life, with the promise of food, housing, and the opportunity to become a doctor or engineer.

When he arrived, nothing could have been farther from the truth–the place was rife with gangs and abuse.  After running away over 100 times (Ramos cites the representation of his fleeing and recapture in the film as one of the most poignant, in terms of the lightness with which it is told) and always being caught and sent back, he is declared by school administrators to be beyond help.

“Sometimes they just go bad.  We lose them.  There’s nothing we can do.”

Enter French educator/researcher Margherit Duvas, who wants to know his story, refusing to believe that “you can throw someone away at 13.  But that last phrasing is more my own USAmerican representation, placing the importance on the “savior,” not the “saved.”

And the point of the movie is just the opposite.  For director Villaça (who was asked at the opening if anyone had criticized him for the racial balance–although it’s based on a true story and is what it is) he said “She did not save him.  He saved her.” Indeed she was completely alone, having separated from her husband years before when it was discovered she couldn’t have children.

She truly loved Roberto.  She ends up adopting him and bringing him back to France with her to educate him, although those years are intentionally not included in the movie. “It’s when he returns home to his mother,” Villaça says, “and returns to FEBEM as a teacher, that’s more meaningful.”

Many cry as soon as the film opens.  And the brutal attack by gang members as an “initiation” is devastating.

But for Ramos, in telling his story it’s one of optimism, a Brazil where “above all we need not only to do for others but for ourselves, to have confidence in one another.”  (If you read Portuguese, or don’t mind the “loose” translations you can find on-line, this is a wonderful interview with him about turning his story over to the filmmakers.)  And while Ramos denies the point of the movie is to encourage others to adopt “street children” in Brazil, he himself is now father to 13 boys he has taken into his care.

It seems that Ramos found the power of story and found release and power in telling his own story.   A line in the movie I love is when Margherit and Roberto stumble upon a story-teller in the park.  He tells a brilliant story about a pen he is holding, one that was used to sign an important document by the Queen of Spain centuries ago.  “Who will buy this pen for 20 Reais” he asks.  “Me” offers Margherit.

When the storyteller opens his briefcase to get her change, Roberto notices six other pens inside.  “Ohh,” he cries, “the pen’s not real!”

“But the story was wonderful,” Margherit says.  “We are buying the story.  The pen is like…a free gift that comes with it.”

Hopefully the film might be available in the Foreign Films Section at your local video store (it’s in Portuguese, with English subtitles).  At a bare minimum, if you are in Chicago, stay tuned to the Illinois-Sao Paulo Partners of the Americas website for a viewing in December.

So next time someone says “what’s your story?” Own it, live it, be inspired by it.  After all, it’s you.