Best of Brazilian Cinema Back In Chicago November 9-16, 2011 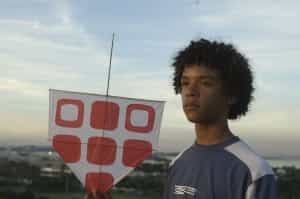 Opening Night Feature Film: Life in Rio's favelas is explored through their own voices in 5X Favela. Recipient of multiple awards including Cinema Brazil Grand Prize, Special Selection at the Cannes Film Festival, and the Chicago International Film Festival. Produced by Carlos Diegues.

The Illinois and Sao Paulo Chapters of Partners of the Americas are proud to present MOSTRA II, the second Brazilian Film Series in Chicago. The event will take place November 9 – 16 at Columbia College,  School of the Art Institute of Chicago, Brazil in Chicago, Northeastern Illinois University, Northwestern University, and University of Illinois at Urbana-Champaign.

This year’s MOSTRA (“Show” in Portuguese) presents an outstanding line-up of films with social themes, including feature fiction, documentaries, and shorts.  The event is presented by the Illinois and Sao Paulo Chapters of Partners of the Americas, in collaboration with Columbia College Chicago, the Consulate General of Brazil, Brazil in Chicago, Grant Thornton LLP, the Lemann Institute at the University of Illinois at Urbana-Champaign, Northeastern Illinois University and Northwestern University.  A complete schedule of showings will be available after September 15th on the MOSTRA website: www.brazilianfilmsinchicago.com

Among the many films, the MOSTRA II will present three Brazilian award-winners:

• A Orquestra dos Meninos – The Children’s Orchestra – In the poor and dry Northeastern region of Brazil, a group of children form a woodwind orchestra to play Mozart, Bach, Villa Lobos, etc. The orchestra is created by conductor Mozart Vieira, a 25-year old humanist and dreamer. This causes strong reaction from parents and politicians, because he’s taking the children away from the work in the fields.  Director: Paulo Thiago.

• Mutum – Thiago lives in an isolated farm in the arid backlands of Minas Gerais, Brazil.  As he is forced to confront separations and betrayal within the home, Thiago begins to see and understand a place that he had never been able to before, thus slowly letting go of his innocence. Director: Sandra Kogut.

The Illinois-São Paulo Chapter of Partners of the Americas is a volunteer, person-to-person diplomacy organization committed to improving the lives of people across the Americas by sharing best practices in arts and culture, sustainable architecture, agriculture, environment, and more. www.illinois-saopaulo-partners.org; www.partners.net.