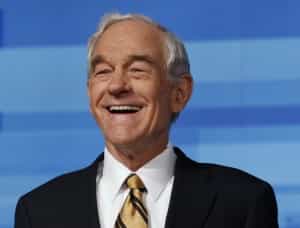 Presidential hopeful Ron Paul published four newsletters a month for 10 years.  That’s 48 newsletters a year—or close to 500 newsletters.  That’s a lot of content and a lot of work to go out in your name.  Why would you do that if you never read it—suggesting you really don’t care what it says.  Marketing 101 says that’s really stupid.  Or Paul is lying.

You may have heard that the newsletters were rife with racist propaganda.  Here’s the issue as outlined in the Washington Post Biography Fact Checker:  “The national media latched onto the issue during Paul’s 2008 presidential bid, after the New York Times and the New Republic highlighted derogatory statements about blacks and gays from the bulletins…The issue resurfaced as Paul moved to the front of the GOP pack in recent weeks.”    Paul has denied any knowledge of the existence of the racist content, saying “I never read the stuff.”

The stuff he is talking about is four monthly newsletters published by his company, Ron Paul and Associates, and included Ron Paul’s Freedom Report, the Ron Paul Survival Report, the Ron Paul Political Report and the Ron Paul Investment Letter.   The newsletters included constant themes of racism against African Americans, Homosexuals and Jews.  While I prefer not to reprint them here (I hate perpetuating racism by repeating it), here’s a sampling of the awful things about which Paul said “I honestly do not know who wrote those things,” (to CNN in January 2008.)

So for exercise sake, let’s step back from politics and the content of the newsletters, to strictly look at Paul’s statement that he never read and was unaware of the content going out in his name, from 1985 to the mid-90’s, through a marketing strategy lens.

As Director of Marketing, Communications & Business Development for Jewish Child & Family Services in Chicago, I am 100% accountable for everything that goes out the door, whether internally to employees, or externally to the public.  Strictly from a CYA perspective, somebody is ultimately accountable for the content that goes out to the public.  Somebody does the final proofing to make sure there were no typos, inaccuracies, or errors.  The CEO signs things that come from him, be they the “Message from the CEO” or communications to donors.

Your print (and now increasingly online) publications are the vehicle to create your brand and position yourself as a thought leader in your field—they take too much time and expense not to have a pre-determined return on investment (ROI), usually to increase your connection to your constituents or followers, your clients and customers.

In this case it’s not even Paul who says he doesn’t know who wrote the articles, no one seems to know who wrote them, including one suspect, Lew Rockwell, citing seven or eight free-lancers who wrote for the publications.  At a bare minimum it’s poor management and irresponsible, not good qualities for a Presidential candidate anyway.

Things Happen as a Result of Specific Decisions

Janet Reno’s taking full responsibility for what happened in Waco Texas was the ultimate statement of accountability.  Daniel Mendelsohn, in his book “The Lost:  A Search for Six of Six Million,” said  “The Holocaust is so big, the scale of it is so gigantic, so enormous, that it becomes easy to think of it as something mechanical. Anonymous. But everything that happened, happened because someone made a decision.”  His book traces the specific people, decisions, that led to his family members’ deaths.

But, wait, it looks like I’m preaching to the choir.  Here’s Paul in a 1995 interview talking about his newsletters and their purpose and intent and how he uses them to spread is ideas to his followers.  Okay, maybe he’s senile and just forgot almost 10 years of his life.  Possible.   But, again, probably not a good quality for a Presidential candidate.

Any other Marketers?  Ever see a publication be created and distributed by magic (I wish!)?  Your boss ever give you free reign to write what you wanted, regardless of company image or branding?