Hello Old Friend and Other Miscommunications in Writing 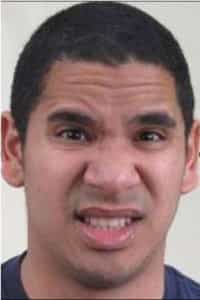 I sent an invitation to a former colleague the other day to invite him to attend an upcoming workshop as my guest.

“Hello old friend,” he responded. And, I thought, how nice that he thinks of me so fondly.  Until about an hour later when I thought, “Hey, wait a minute, what does he mean ‘old’…we’re the same age!”

In this context, I’m pretty sure he meant the former, but it begs the question: “how do you know that your written word will be received as intended?

In person, you can look for facial expression, body language, or perhaps a drink in the face for a really big gaff, but here are three questions to ask yourself when writing to minimize miscommunications:

1. How well do you know your audience?

The more familiar you are, the more leeway generally you can have with your content, but even (or especially) a quick text to a close friend can open a can of worms. (Note to self-do not use “can of worms” reference in writing to vegan friends). In other words, if you are writing to a general audience, someone you don’t know as well (e.g. a client or prospect, etc.) or where there may be cross-cultural issues…better safe than sorry.

Say what you need to say in clear, concise language. If you want to be friendly or more conversational, perhaps try opening with “Good morning, how are you?” or “I hope this note finds you well,” before diving in with your communication.

2. Who else besides you thinks you are funny?

Joking, while fun, is most easily misinterpreted in writing. In Media Relations there’s an old adage that says if you are explaining, you are losing. So if you are explaining a joke, it’s not funny. Especially in a cross-cultural context, humor has a wide margin for misinterpretation. And that joke about “hope I’m not writing too early” might be interpreted as a dig that the recipient is not working hard, or….who knows other people’s hot buttons or self-conscious sensitivites. You may be laughing out loud at the thought of what you could write, but a safer bet may be to communicate your business message more succinctly in writing, and save the humor for when you are in person.

3. Is that word really still popular?

We were at an open house for Whitney Young High School over the weekend, and there was a poster that used the word “Phat.” “Oh, I thought,” is that word still used?” Actually, no, it’s not, and apparently not since the 90’s. How do you know? Short of having a teenager at home to say “mom, you’re embarrassing me,” you can literally search “Does anyone still use the word Phat,” to get multiple meanings and the fact that it’s no longer a word. This is also helpful for sayings for which you are not sure of the origin. While many may be innocuous (e.g. several interpretations of I’m from Missouri, you’ll have to show me) others may have racist origins, while assumedly not intended by you, may be known and received  by others.

Should you be totally paranoid when you write? No. Should be aware that many phrases and communications contain double meanings or are open for multiple interpretations? Yes. The questions above are intended just to give pause and help you frame your writing–because once you hit send or seal the envelope, your message is never coming back.

And, back to my old friend Steve…I, too, am delighted to have old friends, right, Steve?

Photo credit:  “Disgustedly surprised” one of 21 facial expressions identified by scientists (via The Independent).