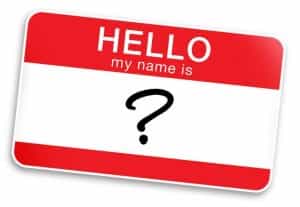 My name is Deanna. Friends from my childhood may still get away with calling me DeeDee, but it really grates when people call me Diana. As a result, or perhaps as a speaker of other languages, I always try to hear someone’s name and pronounce it correctly in their language—or should I say as they would pronounce it themselves. I’ve been told that is not always the norm for USAmericans…often by people from other countries who, I presumed, had given up on trying to elicit correct name pronunciation and had come up with a nick name for his- or herself. So Chao-xing becomes June, or Dingxiang becomes Don.

But recently the unconscious bias implicit in this has been challenged (in secret, shared only here to process and keep an eye out for the future—actually a good thing to do regularly with unconscious bias so it doesn’t get in the way of day to day interactions.)

One was with a business connection, Marcos/Mark. I knew him only as Marcos, but I noticed suddenly that he was signing his emails with Marcos, and then Mark in parentheses. Trying to be “Miss Politically Correct Sensitive” I asked him which he preferred. He responded “Marcos is my professional name but my friends call me Mark, but either is okay with me.” Immediately it tested my bias because when he answered I realized I had assumed because he was Hispanic his friends and family would call him Marcos, and professionally he would use Mark. I was wrong.

This happened again with Eugenio/Geno. I always assumed that Geno was just an Americanized version because nobody can pronounce Eugenio (in Portuguese it’s a beautiful ‘ay-oh-ZHEN-ee-oh’.) But as it turns out, when I pointed out that no one could pronounce his name, he said his father used to go by Geno. So for him once his father passed away he felt comfortable carrying on that tradition. This one is particularly ‘getting caught with your pants down on the unconscious bias ladder’, because Eugenio is my husband of 27 years, and I think we only had this conversation last year (this is funny, right? I love you, ay-oh-ZHEN-ee-oh.)

The bias in all this comes in that I’ve always assumed the Americanized nickname is the one that was chosen by the bearer to “fit in.” It’s a bias with a tinge of majority privilege, because it also assumes that fitting in is the goal, and that more “American” sounding names are more “desirable.”

Your name is your name and it is very personal. Whoever said Paco was Spanish for Frank ? Or, “how do you say your name in English?” But if it’s your name, it seems it would transcend translation. The thing is, the only way to really know what someone prefers, is to ask and respect their response.

What’s your name? If from abroad, how has a language barrier affected how you introduce yourself?