Implicit Bias and Firm Belief Based on 1940’s Family Lore 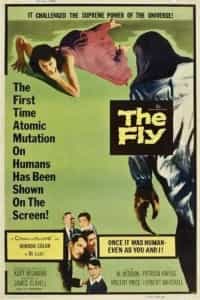 Assuming my dentist won’t read this and put two and two together that I stole the science magazine from the waiting room this morning, I read a fascinating article* this morning about why we believe what we believe—“from the trivial and easily verified-I believe it will rain today—to profound leaps of faith—I believe in God.” Our underlying beliefs are the foundation through which we interpret the world.

According to the article, “Descartes thought understanding must come first; only once you have understood something can you weigh it up and decide whether to believe it or not. “ Spinoza didn’t agree. He claimed that to “know something is to automatically believe it; only once you have believed something can you un-believe it.”  And while common sense might point to the Cartesian view—we evaluate ideas before we choose to believe, neuroscientific study actually supports Spinoza. It’s in that space—where we believe first and (hopefully) question later, that bias lives.

Why do we believe what we believe? The combination of being at the dentist and reading the article let me check one such, presumably innocuous example…did I want to my son to take x-rays today to check for cavities? No, I said, it’s too much radiation exposure, we can wait.

As I sat a little longer in the waiting room I realized just as with technology in marketing (think sandwich board on street corner to Instagram), surely x-ray technology has evolved over the years. A quick question to staff confirmed this—yes, x-rays are mostly digital now, minimal exposure, only every 2 year, etc., so we went ahead and did it.

After we left, my 14 year old son, who believes like I do and probably because I do that x-rays are evil, asked me why I believe that. With the article fresh in my mind, I pinpointed the family story that cements my belief.

In probably the 1940’s, when x-rays for every day common use diagnostics in doctor’s offices was in its infancy, my grandpa, the doctor, was giving a patient an x-ray when the machine went awry (think of your most outrageous sci-fi movie.) My grandpa threw himself over the patient to protect him…and the end result was over-exposure and my grandpa losing 1 ½ fingers on his left hand.

So, basically, I don’t believe in x-rays in 2015 because my grandpa lost his finger sometime in the 1940’s.

Once you break it down you can say I logically understand that times have changed or that I get more x-ray exposure from cell phones or airport security, and now that I understand the possibly illogical source of my beliefs, I’ll do these x-rays today, but I really don’t like it.

But it’s a start and one that also can apply to understanding and overcoming your own implicit bias—or if not actually “overcoming your implicit bias (that in and of itself may be a faulty goal) at least pausing your immediate knee-jerk reactions to things and sidestepping bias before speaking/acting.

And if Spinoza is right, our brains are already wired to support this—the belief/bias is innate—but it demands from us the discipline to recognize, analyze, evaluate and question our supposedly ‘ingrained’ beliefs.

Why do you believe what you believe—is it one experience? A headline that grabbed your attention? Family lore? Or maybe just because everyone else believed it?

*The article, “Special Report: Belief…They drive everything we do. But our beliefs are built on…nothing” or Beyond Belief by Graham Lawton, is in New Scientist Weekly, April 4-10.