Growing up Boomer to Gen Z, a New Twist on “You Can Do Anything!” 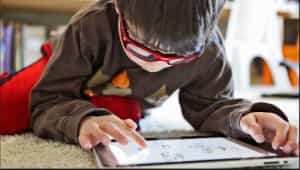 While marketers are screaming about the need to be exciting and interactive and praising of millennials, the next generation, Gen Z (aka our children…or at least my children, since a characteristic of young boomers or x’ers was to delay having children while building our careers…aka having it all) has burst onto the scene, and they are even more foreign than before!

I realize I wanted to teach my son independence and original thought, but my forte has always been to use that original thought to maneuver through structure (e.g. government, company rules, systems) to find success. Gen Z? They question the validity of the structures and systems themselves…they don’t even acknowledge their hold.

But, if you look at the world in which they have grown up, there is empirical data to support their ideas.

Former givens like work hard, go to college, find success? Fuggettaboutit. Companies value stock holders over employees and wouldn’t blink an eye to let “wigids” go if it helps the company bottom line. Heck, companies let employees go even when they are making money, just to beat projections that were made up in the first place to make the company look good.

Enron (2001—the first year of the Gen Z generation; Madoff in 2008; “Too big to fail” global financial crisis at least from 2007 to 2010). Shoot—with all of that, no wonder you wouldn’t trust the work hard-get rewarded model. Add to that the studies that show that basically kids going to college now will pretty much never be out from under student debt—it really isn’t a logical trajectory.

And, how about the age-old ‘truth’ that adults know more than the kids. Like, that was a given—you go to school, your teacher knows the answers and you are the learner.

Absolutely not. 1.) Because there are so many interpretations of what you learn in school. Plus WHAT is included itself makes a difference, and from whose perspective are you learning it? Elementary through high school used to (at least through boomers) be about learning FACTs—important dates, mathematics—now facts are readily available via the Internet. I can know a fact about something in a nano-second. Now it’s about learning how to think and analyze, how to learn, how to discern baloney (to use a phrase that’s at least 50 years old).

According to an article in Ad Age, Gen Z’ers “design their own, unconventional paths, yet they anticipate consistent success (and hand-holding) along the way. Gen Z is a generation of highly-educated, technologically-savvy, innovative thinkers. They look for solutions on their own. They set out to make things on their own.”

And, really, how does that differ from any of us at any age launching our independent lives as young adults. Except that now the world of possibility is even bigger. No more “that’s crazy” or “you can’t do that” because, chances are, if you google it—someone’s done it, or has tips, or can tell you why it didn’t work for them. People by-step long standing industries and find fame, success, following, by directly connecting.

I wouldn’t mind living in that world. Or at least being the hand-holder, for that next brave amazing being who can achieve anything.

P.s. And the alternative? Not evolving with the times? Think of the final scene in Mr. & Mrs. Bridge, (with the famous Salad Dressing Maker Paul Newman and his real-life wife Joanne Woodward) which portrays challenges of G.I. Generation parents confronting modern ideas from their Silent Generation kids…Mrs. Bridge is backing out of the garage and her car gets stuck—she can’t go forward, she can’t go back, she can’t open the door and leave. She’s just helpless and stuck.