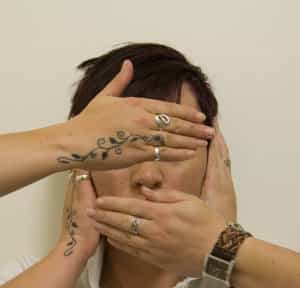 My brand is about intercultural communications, and intercultural communications is about appreciating different perspectives—even suspending your own belief in something momentarily to try to see something from another’s perspective. Even If you go back to your own idea—which is actually likely (science supports this–it’s been your idea innately for years) you never know. And, just considering another’s idea will at a miniumum give you new perspective.

What actually happened is that a mutual colleague said that “C” had lived in Paris, and would be a good person to ask about where to eat and what to do because of her intimate experience. “Oh,” I added at the last minute, “my mom is vegetarian…actually vegan.”

Before I tell you “C’s” response, I will tell you that my mom is vegan because in 1987 she died and was resuscitated. Per her personal experience, she didn’t see lights beckoning, faces of loved ones flashing before her. She saw nothing. Zilch. Nada. So when she awoke, seemingly resurrected from the dead, she came to the conclusion that “life is precious.” And ultimately that morphed into being an animal rights advocate, with ‘all life is precious.”

That story aside, as soon as I told “C” about the vegetarian caveat, not only did she not share any ideas, she proceeded to denigrate vegetarians, claiming she and her husband were “foodies” (vegetarians can be foodies to,) and the piece de resistance was to say that when Chicago proposed a ban on foie gras, that she and her husband would be the first ones to consider marching on City Hall to protest! Beyond “I don’t understand how anyone could be vegan,” she said.

And then she abruptly turned her head to the other side of the table to shut down the conversation and exclude all further contact.

Yes, clearly my feelings werehurt, but real my question now is how can she possible be a leader, to be so dismissive and narrowly attached to her own ideas?

Ultimately, the point is that sometimes people are not open to other ideas and will vehemently propose their own as the only way to be. Some will meekly change their minds in reponse, feeling foolish for their own thoughts. But, perhaps, the real reaction is to realize that this person doesn’t match your own values, whether as a boss, colleague, friend or even acquaintance, and isn’t worth the time to even start the conversation.

Sound like anyone you know? How would you react in that situation?