Would Bathroom Humor Tourism be Popular in Cultures Outside of the USA?

A review of recent photos from road trips with my son Lucca has yielded a certain theme.  Let me give you a sampling: 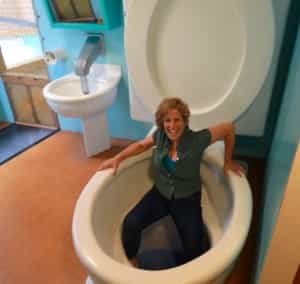 Aside from me clearly being the best mother ever leading her child to see the cultural wonders of the world, given our multicultural connections, I’m wondering if bathroom tourism is internationally funny.

A Google search of Bathroom Humor yields 12,500,000.  But, if I limit that search to Bathroom Humor USA the results immediately drop to 4,570,000 results—so that’s a lot of humor in and/or about bathrooms going on outside of the USA. 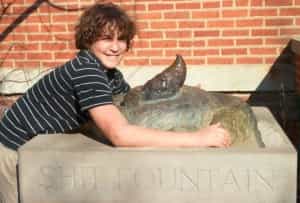 Continuing with the unarguably scientific approach to the determining if bathroom humor is popular in other cultures, here is a sampling from the study:

YES.  With Modern Toilet as one of the most popular restaurant chains, complete with toilets as seats and ice cream sundaes served in miniature commodes, I’m saying yes.  Looks like franchises have spread across East Asia. 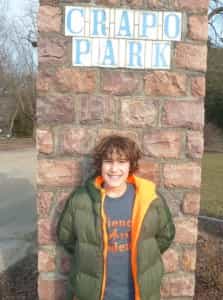 I THINK SO.  Based on a single experience at a party at a friend’s house in Paris I thought “no” (an adorable toddler would bend over and put his tail in the air and his toddler friend would tap his bottom, sending both into hysterical giggles, but when mom came in she clearly looked horrified and stopped the game),  but in Googling “How Often Do French People Say Merde” I found out that merde (aka sh*t) also apparently is the cultural equivalent of “Break a Leg” or “Good Luck” in French. That’s funny, right?

NO. Based on the Indian High Commission in London’s negative response to a spot on BBC America’s Top Gear where presenter Jeremy Clarkson filmed on location with a Jaguar car which had a toilet fixed to the boot. (This article was found on channel 24 in South Africa, so by the transitive theory that would be a NO for South Africa as well.)

I may submit this article to the International Journal of Humor Research (yes, this is serious study), but before I do, what do you think?  O meus amigos brasileiros, ou ma famille Francaise, or anyone else.  Is bathroom humor funny in your culture?  Can we sign you up for a tour?