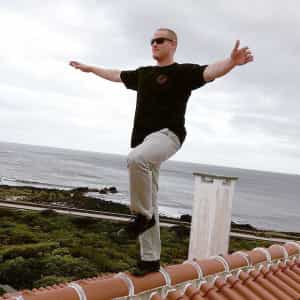 I vaguely heard about the three American’s who thwarted a gun attack on a high-speed train running from Amsterdam to Paris as it unfolded on Sunday. The radio was on, but so was the blender, but I heard enough to send me on a fantasy of tripping gunmen, sneaking up behind them and buckling their knees, running straight on and giving an unexpected knee to the groin.

What’s fun is hearing only parts of a story and imagining the rest. And, I guarantee you that responding, forming opinions and reactions is much easier based on initial reactions. Because, in reading deeper or getting full information, it’s always much more complex.

First, (with full due respect for amazing bravery) the Americans were off-duty soldiers: one is an Air Force Serviceman, the other served in the National Guard in Afghanistan. Their third friend, the one who did not have military training…he’s the one who got stabbed (hospitalized, but fortunately not life threatening.) So then suddenly the fantasy is not about ‘any-man’ saving the day, but maybe that everyone should get military-survival planning. A la Linda Hamilton in the 2nd Terminator movie, where she’s been training for 13 years for the fall of the world. Did you see her biceps? She is ready.

So now I’m an army trained secret weapon, posing as a post-50 year old woman from the Midwest. They’ll never see it coming.

Or, once the safe passengers and heroism all-around are acknowledged, is this story about how US-Centric US news coverage is? If you look at the UK coverage, the lead was “British rail passenger helps foil terrorist attack on high-speed train.” Although in that story, Mr. Norman describes the heroic actions of Spencer and Alek and does admit “I came in at the end of it all, and I guess just helped to get the guy under control at the end.” But in the US version Mr. UK is not even a footnote.

Here’s another angle, a footnote to the footnote in the UK coverage…British passenger, Chris Norman, is 62.  62! That’s already a senior for 12 years if you listen to AARP or other US indicators of old age.

With that tidbit, my fantasy now is this: Old person’s tour bus breaks down so group of retirees is forced to abandon said bus and take high speed train from Amsterdam to France where they will reunite with their tour company. Terrorist pulls out gun, but old people jump into action. “You are rude young man” and she pelts him with the stone like rolls saved in her purse from the German restaurant; another, oblivious to what is going on gets up to use the bathroom and trips the terrorist; his colleagues think it’s strategy and pounce on top; “give us your stockings Ethel! We’ll tie him up!” Only after he agrees to replace them in Paris does she sacrifice her virtue. They tie him up, and then all pose for a photo around the culprit.

They reconnect with their tour guide in Paris, who knew they would have a hard time without him but even he is surprised at their exaggerated tales of surly waiters and bumpy rides, clearly not believing a word of their fantasy terrorist attack.

With full awe, admiration and gratefulness to the brave heroes who saw an awful tragedy unfolding and jumped into action and in addition to being fodder for a fun run on fantasy action scenes involving me, there are a couple of good lessons for more staid everyday life:

What’s are your secret skills that you imagine using in an emergency situation?