How Stereotypes can Undermine Marketing Strategy 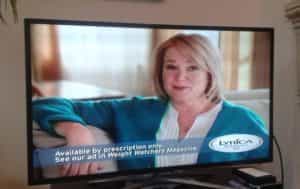 Cross-platform (aka cross-channel) advertising is a big deal now. Nielsen says average incremental reach by adding online to TV was 10.4%. And, while some of that may be overlap, it’s common to see ads connecting to social media or real-life promotions created only to be filmed and uploaded to YouTube. Think of McDonald’s radio ad calling you to download an app; Skittles Facebook post that links to an extended (3 minute) video. And what TV ads today are not available for on-demand viewing on YouTube?

And while it’s a good strategy to multi-purpose content and extend the life of an advertising campaign, I couldn’t help but feel this Lyrica television ad that directed people to see their ad in Weight Watchers Magazine seemed, well—by old people for old people.

It’s multi-channel—television to magazine, but where is the call to action? And rather than driving people to real estate they own (e.g. their website) it drives people to a magazine—another very passive form of advertising.

Good ad placement should target your demographic. Lyrica treats Fibromyalgia (plus diabetic nerve pain and spinal cord injury nerve pain) which targets seven times more women than men and may be related to hormonal changes or menopause (e.g. around age 51). The median age for readers of Weight Watchers Magazine is 48.5, so this seems good—although they are targeting people who already subscribe to the magazine—no one is going to go buy a magazine because you told them your ad was in it.

As far as the television placement—I believe the ad aired during Castle, which I would have thought was perfectly targeted to women age 50+ (sorry, Nathan), but the show continues to do well overall in its time slot, meaning viewers ages 18-49 (and the “head of the Castle Fan Club” is a male in his late 20’s). So inconclusive there.

Far be it from me to say this was a huge waste of money, but it felt like a misunderstanding of multi-channel marketing or the goal of content marketing in general—your ads, blogs, social media, etc. should all drive people to your website or to your call to action/point of sale. In this case the call to action is “ask your doctor if Lyrica is right for you” and the point of sale is at the Doctor’s office and with the doctor him/herself.

Earlier I suggested it was old people advertising to old people. But, now I realize perhaps the underlying miss might have been a stereotype of YOUNG people trying to advertise to old people. Can you imagine the meeting? “Where do old ladies hang out?” asks one millennial ad exec to another. “I don’t know…Weight Watchers Meetings?” I could so see my teenage son as part of that conversation.

But, 50 is not old (old is 20 years older than you are at any given moment) and the underlying assumption was that “old people” are not online—where most multi-channel TV ads can/should direct you. Indeed, according to the 2015 Pew Research Center Social Networking Face Sheet, 65% of those ages 50-64 (and 49% of those 65+) are using social networking sites.

Perhaps in the end rather than reaching their target, the attempt raises an alarm with their target that they are out of touch, and not at the cutting edge of treatment.

For Lyrica—please, prove me wrong, what were your results?

For everyone else, what do you think?