Halloween Dress-up…Undress the other Days? 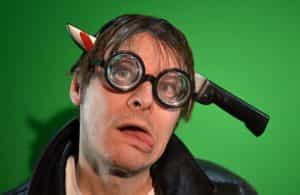 Halloween is rampant with people dressing up and disguising themselves, all in the name of fun. “Look, I’m a Vampire! (but you know it’s really me, Les, from accounting, and isn’t this funny?).” It has me thinking about the parallel to identity and bias.

Bias check…do you do this?

Although in this case I’m thinking of people who “dress-up” every day by hiding things that are integral to their identity—not because they themselves are dishonest or actually have some deep, dark secret to hide—but because of concern around stigma, shame, prejudice that society will attribute to them with the ‘reveal.’ Unfortunately I’m thinking of things like illness, religion, gender identity, etc.

I have a friend who underwent a cancer diagnosis, lumpectomy and radiation over the past four months. But it was stage one, and she looks and for the most-part feels fabulous—“I was very selective whom I told,” she confided, “after getting ‘the cancer look’ from someone I told early on.” It’s the look, she said, “where people gasp a little, scrunch their nose and eyes a little, and say I’m so sorry” as they simultaneously back up and you never hear from them again.  “I didn’t want missed opportunities or people to evaluate my work thinking it was less because of cancer, because I knew I would get through this and didn’t want the lasting perception.”

Her story reminded me of why, before I was committed to a life of cultural agility and exposed unconscious bias, I rarely told people I was Jewish. And they asked, with questions like “oh, where is your family originally from?” Or “what nationality is that?” when I’d say my last name. My rote response was “Eastern European.” I’d had too many times when I said “Jewish,” and gotten the big, light bulb turned on look accompanied by a long “Ohhhhhhhhh,” as though labeling me Jewish in their mind explained a lot, or categorized me for them…it drove me crazy…I’m still the same person who stood before you a minute ago. (Although when I worked for a Jewish agency the stigma was if you were Jewish “enough.”)

Until I realized I’m not going to hide myself to accommodate someone else’s prejudices. Screw ‘em. I’m thinking of “things” that can be and often are hidden–and there’s no intended or unconscious parallel between them—just thinking of People Magazine Covers or other BIG NEWS headlines: “Ellen Page Comes Out as Gay.” “Celebrities React to Rita Wilson’s Breast Cancer Reveal.” “Catherine Zeta-Jones Battling BiPolar Disorder.” “In Man’s Game, Mark Herzlich Is Standing Up for Women,” where Herzlich and his wife reveal her history of abuse (he also wrote a book last year on his story of cancer).

It does reveal a funny dichotomy in US American society. People make fun of people, even bully or alienate those who are different, are victims. Yet when someone famous comes out or embraces their identity or past they are lauded, either for their own strength of survival or as hero’s for opening doors to shed light to help others.

If only collective reverence for stars could translate being nicer to the person next to you.

So Halloween is a day to dress-up. What if on all the other days we undressed, so to speak, and were allowed to be who we are and that is that? As Brené Brown, author of The Gifts of Imperfection says,  “Owning our story can be hard but not nearly as difficult as spending our lives running from it.”

What about you? What do you hide about you? Or what did you finally reveal, and feel better now?