Your Intercultural Relationship …Learn the Language! 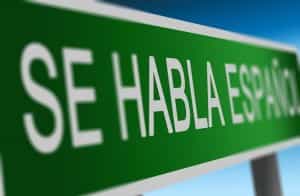 I’ve been in an intercultural relationship (US-Brazilian), married for almost three decades, which means a few things—I’m bordering on old as dirt (actually, we eloped really, really young), I’m really lucky (or stubborn), and I’ve made a commitment to really knowing my partner (who in a good marriage wouldn’t say that?)

But, and I’m not going to beat around the bush. If you are in an intercultural relationship…learn the other person’s language!

Seems like a no-brainer, but I’ve seen enough couples to know that it doesn’t always happen. And, I’m not talking about an Italian-American and Japanese-American intercultural relationship—e.g. where the native language for both of you is English, but where your spouse is foreign born, and (this is written from USAmerican perspective) his-her native language is not English.

Why? At a bare minimum it’s respectful and appreciative that your spouse had to learn your language—after all, if you are living in the US, he/she is speaking English all the time. And, language is at the heart of culture. It’s hard enough to truly get to know someone soul to soul (ahhh…love), knowing each other’s language is one doorway to get closer.

And I’m not even saying you have to be fluent. This is one case where “E” for effort does count. Learning another language doesn’t come naturally for all, but here are a few ways to get started:

“Please.” “Thank you.” “How are you?” “I don’t speak Arabic.” Etc. Amazing how little polite phrases can break the ice and let you be part of the “in” group, even if you don’t understand anything that is said in rapid-fire after your one well-placed, well-pronounced word belied your actual knowledge of the language. Add in “water” and “bathroom” and at least your basic needs will be met on a visit to your beloved’s home town.

Fake it ’til you make it.

Chances are you will understand the other language better than you can speak it, at least at first if not forever. This is common with exposure to other languages and has its advantages. For example, people will tell stories about your spouse with you standing right there if they think you don’t know the language. You can learn a lot (like apparently I may not have been the first girl my husband kissed!). And, as you do learn the more, you have the opportunity to enjoy that classic moment when you say something witty that actually fits the conversation at the right moment and makes everyone do a double take of you…that is priceless!

Love your mother-in-law. (Hugs and smiles go a long way.)

Hugs and smiles go a long way, because, well, there’s that thing where you have less than a second to make a good first impression—so if it’s that fast, be confident that your lack of language skills is not going to be the deal breaker. For my mother-in-law, her favorite word in English, learned quickly when she visited the US the first time was “Sah-Lay” (technically “sale”) and mine in Brazil was “cafezinho” (ca-fay-zeen-yo) or that wonderful break at 4 pm every day in Brazil for coffee (there is no better coffee on earth!) and some fresh bread or biscuits. Ahhh…smile…Obrigada.

On a final note…expressing no interest at all in a spouse’s language—even if it’s to say I’m not good at languages—is always offensive to your spouse, even if they never tell you—it’s like saying I have no interest in your core identity, honey. It’s right up there with saying you don’t want to visit their country because it’s too dangerous (have you checked US gun violence rates lately?). Yeah…just don’t do it.

What has your experience been? Or, always a fun one…what was a big mistake you made while learning the language? (Hint: here’s mine.)