Olympics 2016: How to Use the Bathroom in Brazil

Now that I’m back from Brazil, the biggest question I get is “will Brazil be ready for the Summer 2016 Olympics?” 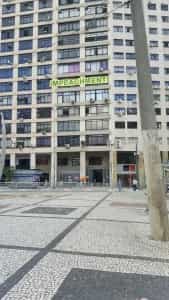 The question is spawned by talks of impeachment. Yes, the house voted to impeach President Dilma while we were there, but very democratically-it still has to pass the Senate (for context—the US has had two impeachments, Andrew Johnson and Bill Clinton and two “almost” impeachments, Richard Nixon and John Tyler.) The majority of Brazilians (by anecdotal conversations and amount of spontaneous horn-honking, fireworks and celebration we saw when the deciding vote was cast) seem to think this will be a good thing, particularly in terms of boosting the economy.

The Zika virus also has everyone in a tizzy (we brought bug spray), although as any Brazilian will tell you, Dengue is worse. Tragically and seriously, however, a section of a beautiful seaside bike path that opened only in January as part of the renovations for the Rio 2016 collapsed into the ocean killing two people. So, there are problems. (Hence the empty airplane on our recent trip–who else would be crazy enough to go here?) 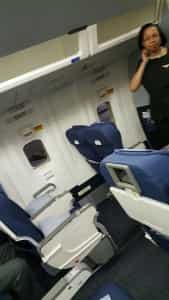 But the real looming problem I see with the 2016 Olympics in Rio is the biggest, most clogged, overflowing toilet that has ever existed in the world! Why? Because of the one thing I always forget even having visited so many times to see my husband’s family in Brazil. It’s the custom of no toilet paper in the toilet!

And so, assuming that in true Brazilian chutzpah and style everything will be fine and ready to go for the Olympics, here are my tips to help prepare you should you plan to go—for the Olympics or ever.

Top 6 things you need to know to use the bathroom in Brazil: 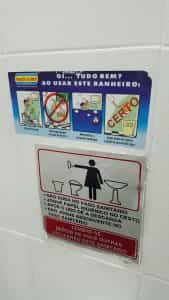 The same rules apply as far as feminine products…I imagine that is universal, but the toilet paper thing takes getting used to.

Where does the toilet paper go?

The toilet paper goes in that cute little mini covered trash can that sits next to the toilet. Don’t worry, it will be in every bathroom you go into. And if I may be a little personal with you, it’s not just the number one toilet paper, but the number two toilet paper too. Every time.

I don’t know how, but it never does. Probably because Brazilians are known to be fastidiously clean–showering several times a day during the hottest seasons and with spotless cleaning of the bathrooms. Oh, and be sure to close the lid on everything when through…both the toilet and the little trash can.

How does the flusher work? 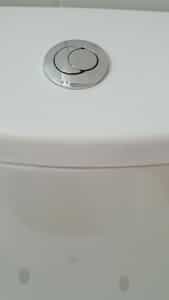 There’s actually different flushing procedure for different bodily functions. This is truer on newer toilets–you may still mostly find only one flusher, usually a button of sorts, on older models. But for newer toilets you’ll see what almost looks like a ying yang symbol of Flushing. Push only the small round circle for number one. The full bigger circle (both parts together) is for number two. It’s actually a great idea for water conservation as the latter usually requires a bigger flush (especially after you hopefully over indulge on all of the amazing and delicious Brazilian food!)

Get to the gym and practice your squats before you go. 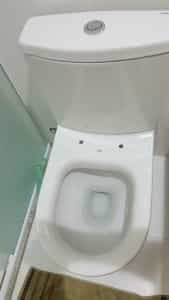 You know how your mom always tells you not to sit on the toilet in public places? Well, I’ve even seen in Brazil toilets without toilet seats, often enough for it to be a “thing,” because nobody sits on the seat in the public restroom. That’s where your strong thighs and squat training will have a practical application. And hold for 8, 7, 6….

But how do I ask where it is?

Here I am telling you how to use the bathroom without yet telling you how to ask where it is. First, don’t call it a banheiro (banyearo—Portuguese for bathroom) because that’s where you take a shower. More common is calling it the WC, pronounced Vay-Say (odd but true, since that stands for Water Closet in English) As in, “Onde é o WC?” (Own-day ay oh vay-say). Even as I write this I imagine a native Portuguese speaker might find corrections in this, but I will tell you it’s worked every time. And, even if no one seems to understand, keep that banheiro in your back pocket—people will still get what you need, or just do the universal squeeze your knees together, hold your crotch, and look uncomfortable and quizzical at the same time.

And, for anything else always be prepared for little differences (for example toilet seats are narrower–not sure if that’s to accommodate the more shapely Brazilian behind or perhaps in the US toilet seats have evolved and grown along with our collective girth), and just ask! Por favor (please—pour fah-VORE) and Obrigado for boys or Obrigada for girls (Thank you—oh-bree gah-doe or oh-bree-gah-dah) will go a long way to ingratiate yourself and help you get what you need.

The bottom line, if you make it to Rio, time spent in the bathroom will be your smallest memory.  Brazil and Rio have always reminded me of the lush, imaginative creations of a Dr. Seuss world…The nature is greener than green, the fruit fruits are sweeter than sweet, the people and the surroundings are so stunningly beautiful.

I’m just here to help…hoping you won’t be the one that has to stay home and clean up the overflowing toilet.