An Open Letter to My Fellow St. Louisans 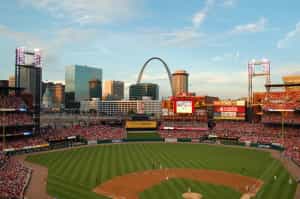 Meet anyone from St. Louis, anywhere in the world, and if you are from there too, within the first five minutes someone will say “so, I have to ask the St. Louis question…where did you go to High School?” It is our own private club. Only we do it. We know that we do it, and no matter who you are, or where you came from in St. Louis, we all do it.

For many of us our high school graduation is so remote it is hardly relevant to our current lives.

A Euphemism for Bias?

As an interculturalist with a penchant for social justice, I have told my son it’s a euphemism for bias…that the high school question is about determining someone’s socioeconomic status– if you went to Ladue you’re wealthy. If you went to U City, kind of funky urban. And if you went to Parkway you are anything from a truck driver to affluent to a farmer, depending on which of the Parkways you attended.

Or is this deeper interpretation of the question a reflection of a need to study my own bias, because it is me who apparently just named the presumed stereotypes of all the different St. Louis schools. (Actually, I didn’t even dent the icing on the cake, per this Riverfront Times St. Louis High School flow chart.)

Or do people ask because they are proud of where they are from? Do the girls from Florissant like to do this as a way to mix into the conversation that they could certainly win in a fist fight? Do people who went to Catholic School do it so that you will assume they are pious? (Or extremely wild…you’ve never seen so many pregnant nuns as Halloween dress-up day at St. Joe’s All Girls Catholic School.)

Or, is it really about making a connection? Assuming positive intent, which is at the core of intercultural communications, perhaps as St. Louisans dispersed across the country we have a hankering for our Midwest beginnings.

Asking someone where they went to high school is a way to start what we call in Judaism ‘Jewish genealogy.’ Because, as it turns out, no matter where someone went to high school, you will often know an older brother or younger sister, or you both frequented the same nearby restaurant, or in the case of my son’s 3rd grade teacher, we even tracked it to being distant cousins.

Perhaps, rather than being a sneaky way to categorize and judge, it is a friendly, Midwestern way to make a connection, like Norm in Cheers, to have a moment of feeling like the world is not so big after all.

As long as no-one from another state tries to participate, like the time in Miami were by coincidence someone who lived up the street from me met the same group of people from New York…She said she was from St. Louis and they asked, oh do you know Deanna? “She lives up the street from me!”

For them it confirmed how small St. Louis is. And, yes, with a sense of comfort and belonging, it did for us, too.

What do you think? Do you ask “the St. Louis question?” Why?

Everyone wants to know!

Here are some other interpretations of the question–some identifying with the bias angle, others not, as well as a quiz for non-St. Louisans (and we apparently don’t hold exclusive rights to the question) to determine where you might have gone to high school if you were from there.

“Where’d you go to high school?” Is Not Just a St. Louis Question. Riverfront Times

Where you should’ve gone to high school (including logic flow chart) Riverfront Times (stereotype or not…it did lead me to the high school that my parents always said we should have gone to.)

That high school question: Where did it come from, what are people really asking? St. Louis Beacon (asks same question as me–is it to judge or connect?)

Curious Louis: ‘Why are St. Louisans so fixated on where other people went to high school? St. Louis Public Radio (oh shoot–were this 2 months earlier you could have gone to the St. Louis History Museum–they did a whole exhibit on St. Louis High Schools that ended in July).

The St. Louis Public Library attributes it to Prom Magazine, and found it a way for teens to connect socially across the City in High School days