Why Being Called Mom at Work is a Good Thing 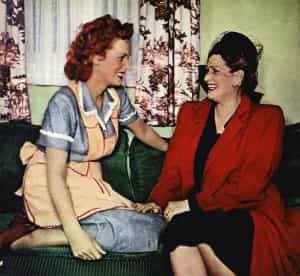 Let me tell you, the embarrassment and shame of being thought of as a mom in the workplace, even when it’s self-inflicted, is awful!

This started with anti-racism

This all started in June when people were mean to Tim Nudd of Adweek (on Adweek’s AdFreak blog), someone whose writing I really enjoy and whom I follow. I got incensed.

Tim Nudd wrote an article about  a racist Chinese ad that was making “the rounds” on the Internet (not as far reaching as the blue/black dress thing, but present in advertising/race circles) suggesting that, while the ad was clearly racist, the gleeful condemnation of it was an easy target—shouldn’t we take a look at the subtle (I use the term loosely, when there are still ads like this and this) biases that show up in USAmerican ads, before becoming so outraged by this ad from China? “Western reaction to it has been more than a little self-serving,” said Nudd. The assumption is that the Chinese ad is a reflection of the biases that exist in Chinese society, and that while in the US “such overtly racist depictions are no longer acceptable,” biases and racism still exist.

In the ad, for laundry detergent, an Asian woman puts a black man into a washing machine and he comes out Asian (e.g. the cultural equivalent of coming out white, aka the dominant culture where the ad appeared). For calling people to task on this, readers in the comments called Mr. Nudd everything from a racist to a privileged liberal to…egad…a bad writer!

Do you want me to beat up the other children’s moms?

My reaction? I wanted to offer to beat up the other children or at least call the other kids’ moms for being mean to him. However, as a good interculturlist, before diving in, I sent a note to Tim (never met him) and asked him if this was indeed needed (the new golden rule, per interculturalists…do unto others as they would have you do unto them)

As it turned out. No…Tim was nonplussed. In fact, he said that the more critical comments just affirmed the point he was making in the article. “I’ve written enough articles on the topic of race and racism in advertising that I was fully expecting some criticism, and that doesn’t bother me. You’ll always get some personal attacks on a thing like this. Some of the critical comments, I felt, actually reinforced some of my points.”

Wanting to dig a little deeper, now on the idea of “pointing out that something is racist doesn’t make you racist,” I thought, let me check with another of my favorite writers about race, Mikhail Lyubansky, and see what he thinks. Lo and behold, in the spirit of comparative literature, I found they had essentially written the same article! Lyubansky had written about the PSA “Despicable”  when it made the rounds a couple of years ago. Lyubansky had made the same point: “Sure, the behavior in the Despicable PSA is deplorable, but just because we don’t stoop to that level doesn’t mean we’re off the hook for being racist.”

Basically Nudd and Lyubansky, in different contexts, had written almost the same article talking about how calling out extreme racism doesn’t excuse micro-racism. So then my next response was “oh I should introduce the two of them, they should be friends.”

Can you say Mom? I hope so.

To bring you up to speed…I wanted to beat up the other children because they hurt Tim Nudd and then I wanted to set up a play date between Tim and Mikhail. All mom attributes–it actually made me feel ashamed, hence here I am four months later finally finishing this post! (Thank you, Dr. Ellen Langer, whom I heard speak on Mindfulness last week for shifting my paradigm!)

In my world, Jewish, being called a mother…a Jewish Mother…is not intended as a compliment. Are there any good stereotypes of a Jewish Mother?

My son woke me up at 5:00 am on Friday. He’s fifteen (Sorry for those parents who assumed their children would let them sleep after age 3). But it was because he wanted me to make a full breakfast for us that we could sit and eat together before school. Of course I did it and that fun phrase, “mom of the year” came to mind as I dragged myself out of bed.

And that’s when it dawned on me that I whole-heartedly embrace my natural instincts…of caring for people, of wanting people to get along, of honoring the important things people do, of thinking a person can do anything and being protective when others try to stop them…if that’s being a mother, then that is me. And that’s a good philosophy for life.