It actually should seem as no surprise that Oxford Dictionary just announced that “post-truth” is its 2016 word of the year, a word it said “questions the concept of facts themselves.”

Your take on the word depends on your take on the world (speaking of post-truth). Some may point to a singular source of Trump’s campaign speeches. Others to politics in general, or really to any divisive issue in history. And why stick with divisive issues? Certainly “factual” accounts of history depend on the lens or perspective through which it is told. What does early American History look like if you are black, or Cherokee, or white, a man or a woman?

Some may wonder why it took ten years to get from “truthiness” (a la Stephen Colbert) to “post-truth.” Others may realize we have far to go…after all, the “post-modern” era precedes the Internet in popular culture; “post-racial” for sure is a “post-truth.” But in the midst of all this wondering we are still challenged to process intense emotions, temper responses, and feed a need to act locally, nationally, globally, while also getting our kids to school on time.

What to do? Short of being paralyzed, here’s my 1-2-3 plan for keeping moving forward:

You already know what you think. There’s no harm and great benefit in pausing and listening to what someone else thinks. But don’t feel like you need to say out loud everything you’ve learned. On the one hand, you may feel like you are sharing empathy for seeing a perspective you hadn’t seen before, but there is also the risk of others saying “about time,” a la black Dave Chappelle and Chris Rock’s response to realization from white Cecily Strong…”OMG, America is racist!” 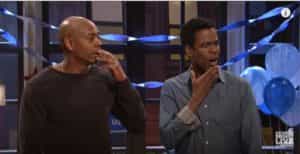 For me it was a realization just days after the election, during a session at the SIETAR (Society for Intercultural Education, Training and Research) conference. While I was afraid abstractly for the future of our country, people of color were viscerally scared for their physical safety. That said, rather than feeling foolish for not having realized something before (everything can seem like “duh so obvious” after the fact), be grateful that your eyes are open now and use the new perspective or lens for more empathy moving forward.

Listen and learn, with a frame of “silence equals complicity” to gauge if or when something should be vocalized.

2. Learn and get your facts in order (or know the facts).

Conflict can quickly escalate not only because of the content of the conversation, but different conflict styles can have people not listening from the get-go. These styles can vary across gender, too…think of when your spouse says ‘calm down’ when you are in the middle of an argument. “Calm down? Oh, you think I’m riled now?” is probably not the next best response for a productive outcome.

If you know you’re going to be surrounded by people who have different political views, either a) plan to avoid the subject (or, know when you can’t, for example, your own home is of split views), b) make sure you’ve got facts on your side—what claims are true, what is hearsay? Can you quantify what someone is claiming?

There are lots of places to find facts to support your position (or to teach you something new). Look for “objective” sources…Pew Research, or here’s an article with six links for fact checkers—my sister is a fan of Snopes. Another hot topic post-election is how insular our experience of opinions online can be–the algorithms tend to feed us information that matches our pre-existing views (although Facebook says this “echo chamber” is not its fault). Look at multiple perspectives. Like for college term papers, Wikipedia is not a valid resource.

Preparing for Thanksgiving? Here are some post-election tips to survive (clearly not from a substance abuse counselor…food and drink are suggested…but on the drink side watch that fine line between enough to numb yourself but not too much to be ornery.)

And, for anyone who needs help to remember (because you’re busy, nothing to do with age)…if need be even make flash cards so that you can study and remember why you know what someone else is saying is not (or is) actually true.

3. Read the facts but trust your heart.

You know the phrase about what opinions are like, right? That ends with everyone has one? If you know in your heart that your intentions are good that you are on the road to positive change, then don’t be afraid to speak out. I’ve come to realize there is a parallel for a lyric I heard today from jazz great Mose Allison, who died on Tuesday: “I don’t worry about a thing, cause I know nothing’s going to be all right.” Someone will always misinterpret what you say.

Practice your ideas like you would your elevator pitch–say it, watch for glazed eyes or engagement, refine until you find a way that works.

We all bring our own lenses to everything we perceive—that’s the science of perception (external data passes through your internal lens of experience, bias, culture, etc. and outputs meaning to you). There’s a good chance that others will always misinterpret you; that others will always put on to you things that don’t belong to you.

In fact, that’s the essence of prejudice and stereotyping.  It’s not just skin color, ethnicity, gender or sexual orientation—those are the visible, superficial differences—it’s how we perceive others when there’s a fundamental difference in ideas that is the challenge. But that’s also the payload when you get it right.

Listen. Learn. Trust yourself. Be kind.