Eat, Drink and Be Jerry 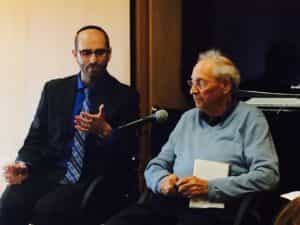 At 89, grandparenting activist, author and visionary Jerry Witkovsky may be eating less and drinking only water. But “being Jerry” is an inspiration and goal. Because at 89, Jerry is filled with a driving mission and purpose; a passion for his belief that Grandparents can have a transformational effect on their families when they unleash their creativity and enter their family’s world.

In the past four years, Jerry has published two books (The Grandest Love and The Grandparent Connection School Program). His book has been reviewed dozens of times; He has had 20+ columns published in a variety of parenting and grandparenting sites, including GRAND Magazine, where he publishes a bimonthly “legacy” column. His book was a 2016 Best Book for New Grandparents; he wrote a chapter in another book, Things to Do when you Turn 80, called “Life is an Adventure.” March 20th was named Jerry Witkovsky Day in the City of Deerfield.

Okay, that last sentence could be considered a gratuitous plug. Yes, Jerry is a client. We have an amazing, collaborative relationship. We are both proud of the aforementioned reach and coverage.

But it is his ideas, passion and vision that continue to push things forward. Jerry invested in extensive research that concretely demonstrated the value of grandparents connecting to grandchildren via the platform of the school and how that has a positive influence on family and community. Jerry had been pushing this anecdotally for years. Now it is “evidence-based.” 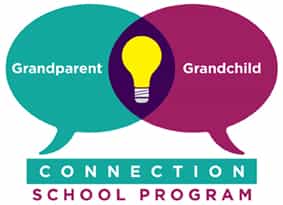 That initial idea of a Grandparent Connection School Program, as framed in the original kit, has turned into a full-blown curriculum of five sessions, some for grandparents only, some for grandparents and grandchildren and some that include parents, too. Topics include How to Enter Your Grandchild’s World; Storytelling to Super Charge Communication; Teaching Values from Generation to Generation; Intergenerational Empathy and Communication; and a final celebration to show off what was learned. The course is being piloted at a local Jewish Day School in anticipation of launching a new business model that will support private day school development initiatives.

Most recently Jerry has been wondering, “I’m 89, how do I make a difference? Is it time to give up?” He wrote about it in relation to the events in Charlottesville as well as in continuing to learn and teach across his own extended family.

That’s why it’s inspiring to “be Jerry.”

What have you learned from your grandparents?

The grandparents will be filled with immeasurable joy. And please send it to Jerry; he’ll include it on his blog and it will provide fuel to continue to ignite his passion and work for years to come.