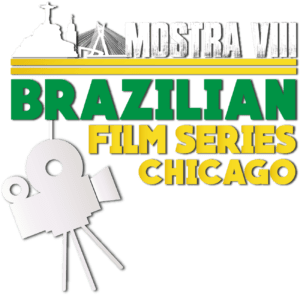 CHICAGO, IL – For the 8th year, MOSTRA Brazilian Film Series will bring feature and short films, documentaries, panel discussions, Brazilian filmmakers to a diverse audience in Chicago. The largest Brazilian film festival in the Midwest will take place this year from November 3-18, 2017 in major educational and cultural institutions in the Chicago area. As in previous years, all screenings during the festival are free (except for the opening and closing fundraising nights).

MOSTRA is a unique opportunity to learn more about Brazilian culture, history and social issues through outstanding film productions and engaging conversations. This year, the event will host a panel discussion on youth after the screening of Not Even In a Wildest Dream (Nunca me Sonharam), a documentary featuring the challenges of public education in Brazil. Specialists, filmmakers and audience will engage in a rich conversation about youth in Brazil and the U.S.

In 2017, MOSTRA VIII will present 26 films in total, in which 11 are feature films. The Brazilian entry for the Best Foreign Language Film at the latest Academy Awards, Little Secret (O Pequeno Segredo), will open the festival (11/3), whereas the drama Soulbound (Teus Olhos Meus), the story of a young musician who finds happiness in an unlikeliest place, was selected for the closing night (11/12). Six filmmakers will join the festival to speak with the audience after the screenings.

Another highlight of MOSTRA VIII is the award-winning docu-fiction The Cambridge Squatter (Era o Hotel Cambridge). Played by actors and non-actors, Brazilians and foreigners, it tells the story of a hotel in São Paulo occupied by homeless people and refugees.

Brazilian Films with a Social Conscience

Founded by 2010 by Ariani Friedl, MOSTRA is the largest Brazilian film festival in the Midwest. The annual event’s motto is “Brazilian Films with a Social Conscience,” and it has as its venues many educational and cultural institutions in the greater Chicago area and other cities in the Midwest to foster conversations about social issues, culture, politics, history and the environment among the academic community, filmmakers, students and socially conscious individuals at large.

The festival registers an annual attendance of more than 3,000 people.

For more information on the program, please check the festival website and Facebook page: www.mostrafilmseries.org and www.facebook.com/mostrafilmseries