Why is Dove Ad Racist, but Southwest Not? 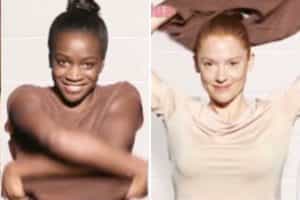 The second ad, from Southwest Airlines, also flashes people of varied backgrounds morphing from one to the next as they sit in an airplane seat (probably 10 different people in less than three seconds), with the tagline, “Behind Every Seat is a Story.” That ad is flying high.

The intention for both ads was to capture the universality of their product—that it is intended for all. One failed and one succeeded. Why?

What’s in Your Trust Bank? (Including the context of history)

For the record, the black (or African or African-American?— Lola Ogunyemi–she’s Nigerian born, moved to London and now lives in Atlanta) model in the ad said (in Fortune, on BBC, all over) she did not think the ad was racist. She thought people missed that Dove chose her, a beautiful black woman, to be the lead model in the campaign.

But Dove does not have a surplus in the “Trust Bank.”  Dove was under fire before with a “Before” and “After” ad that visually had a plus-sized black woman in front of the ugly sandpaper “Before” picture and a thin white woman in front of the smooth “After” picture. The soap industry itself also has a horrible history, with ads literally depicting a person of color using soap to wash their skin white.

Years ago when working on the public relations account for the McDonald’s Owner Operators of Eastern New England, we created a “neighborhood guide” built on the idea of the “trust bank.” Supporting your neighborhood school, connecting to your government representatives, being a partner in local initiatives, these were all things that added to the trust bank. So if something controversial did happen, people would give you the benefit of the doubt.

Consistent Messaging Across the Campaign

Successful marketing campaigns must be adaptable across multiple platforms and media. Perhaps you have a gazillion dollar budget and want to reach everyone everywhere. Or maybe your budget is nil and you want to maximize what you have by repurposing everything. Either way, the idea to build a big campaign for TV,  shorten it for social media, create versions for print are part of a good, solid approach.

But the pieces have to match for it to work. In the longer TV version of the Dove ad the models are in bathroom settings. Details about their skin type float over the screen. Rather than morphing from one into another, the women are seen as different users of the product, or as intended, different skin types. The tagline here matches that idea: “All skin deserves gentleness.”

While Dove says this was part of an overall campaign and the three models also appear in the longer ad (among others), the visual representation is very different. The tagline also is changed: 100% Gentle Cleansers. The shorter version is the one that instigated the backlash.

In Public Relations there is a phrase that says “if you are explaining you are losing.” The connection between the parts of the overall campaign is not readily apparent and the shortened version on its own doesn’t work. Even keeping the original tagline, “all skin deserves gentleness” might have kept the original intention intact.

Southwest, on the other hand, is known to be take a “folksy,” real person approach to travel. Pilots and flight attendants are encouraged to show their personalities and connect to passengers. From that context, the campaign extends the “real people” approach to its customers. The tagline, “everyone has a story” is consistent across the long and short versions. The long versions show the stories—they capture the drama of one person who is flying on Southwest—a coach bringing a school team to a championship game; parents traveling to their adult child’s wedding. The ‘protagonists’ from the individual stories are the ones seen in the quick flash succession of faces in seats. Different seat numbers float on the screen connecting each traveler’s story to a seat on the plane. There is a clear branding and consistency that permeates all of the versions.

Have you built trust with your customers and the community you serve? Do you include diverse perspectives within your team or processes when creating your marketing? Do you ask for and listen to people’s impressions of your work? If one person thinks something, you can usually safely assume someone else will have the same response. (My own advice here would have helped prevent the 2010 Silo birthday cake disaster.)

If you try to please everyone, you will please no one. But if you start with an inclusive process and a good strategy well implemented, your marketing and promotion should seamlessly work for you, not against you.