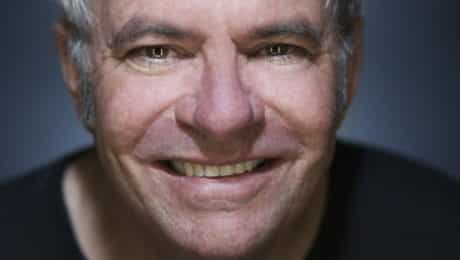 Tom was a visionary. The last time I saw Tom was at 1871, the big Tech Center downtown. He was going through a rough patch but even so he was telling me about how he was working with churches on the south side of Chicago on things like 3D printers and how they could be used with organic material as “ink” to print organs for transplant.

He was always envisioning things that were big and wow and looking to the future.

Great Fun at the Airport.

Tom and I had great fun at the airport, and his impact and personal touch was felt by millions of people around the world. It was Tom who came up with the idea and tactics to create the Chicago Airport System Music Program. The idea was that all of the music over the sound system at O’Hare would be by Chicago musicians. The year was 1998 and POWWOW, the biggest international tourism convention in the world, was coming to Chicago. Tom did things all out and his ideas would divide and split into new ideas. He used to show up at my office with stacks of CDs from all the record labels in Chicago. I only recently found out that his son Danny now owns all of those.

We went to one of Tom’s friend’s apartments to record announcements and original music. Ralph from Ralph’s World, and Dave, a Producer on the Jerry Springer (or some such) show, among others were there. The apartment was so close to the L track you could almost reach out the window and touch the train.  Tom also made arrangements to use the sound studio at WBEZ at Navy Pier to mix the music. The only time I’ve ridden a Segway was in a big square around the WBEZ offices—Tom was somehow selected to try it out for the City before they entered into a contract—he had ridden it up the elevator to BEZ.

Back then Tom was always trying to explain to me how databases worked and I just didn’t get it. But he was so enthusiastic and I so wanted to be supportive that I took an HTML class to try to understand what the hell he was talking about. He would poke fun that I thought he was going to put subliminal subversive messages over the airport sound system. Then one morning walking through the terminal to my office, I called him after hearing a horse neighing over the sound system. “I knew it!” I said. Tom swears it wasn’t him but it never happened again after I called him on it…

The whole program, by the way, launched with Son Seals, Rachel Barton, Muddy Waters and more, all at the airport, in person for a big press launch (again just found out Danny was there–sorry I didn’t remember). There is a renegade piece of film somewhere of Tom and I, side by side, bopping our heads together in tune to the music–a piece that did indeed make the cut to be included one the 5 p.m. news.

Oh! And those POWWOW stages!  Outdoor stages on the airport arrivals levels of all four terminals at O’Hare with all day live music. I bet someone from Lollapalooza was coming through that day and got the idea.

The next big all out citywide welcome mat after the POWWOW tourism convention was the RNC (although I tried to find the dates for that-I may have the exact program wrong, but it was a big political event.)

Everyone at every planning meeting kept saying “we don’t want another DNC.” “No references to the DNC.” They were referring to the 1968 riots in Grant Park during the DNC. “Don’t even mention it” was word from the top at the airport. It was the shining example of what could go wrong and we wanted no association with it at all.

At the same Tom was doing some marketing for the Museum of Broadcast Communications, then at the cultural center. O’Hare had long had a mini-theater installed in Terminal 2 from the MBC, featuring an old time TV that ran a looped video, presumably about the Museum of Broadcast Communications. “Do you mind if I come out and see what’s on it,” Tom asked? Always being very thorough. “No,” I said. “Make yourself at home.”

Glad he did. Turns out the looped reel included some very fine footage…We were actually broadcasting images of the 1968 DNC riots inside the airport the same airport that was trying to get ready and pretend it never happened. Thanks for the catch, Tom!

As we worked on all these crazy ideas for the airport Tom and I became friends. One more memory was the year Tom ended up having Christmas dinner with us. It’s funny in the first place because we are Jewish and maybe have only had Christmas dinner four times in our lives. But my parents were visiting Chicago from St Louis. My sister had recently moved in with her boyfriend, now husband. My parents were coming to town, so we, including my husband and me, were heading to my sister’s for Christmas dinner. Tom was in my office the day before and he shared that he was going to be alone. He had just gotten divorced and his son would be at his Moms.

So I’m not Christian but it strikes me when someone says they have no place to go on Christmas the only response is “do you want to come to our house?” (This is the same thing we do for Passover.)

Tom joined us and he was absolutely delightful. He’s so smart and knowledgeable, funny and adaptable. He told media stories that delighted my dad, an ad man. He brought a great bottle of wine, and honestly saved all of us from either A.) Slipping into dysfunction or B.) All focusing in on the man who would soon be my sister’s husband.

Tom made the evening more fun for all of us. As he went to leave I walked him out to say goodbye. “Was I okay?” he asked. “I wasn’t too pompous?”

Typical Tom: self-consciously worrying about how he was coming across, but always smart, funny, witty, sarcastic, endearing and bursting with visionary ideas.