Brazil Exchange:  Not our “Poor Brethren to the South” 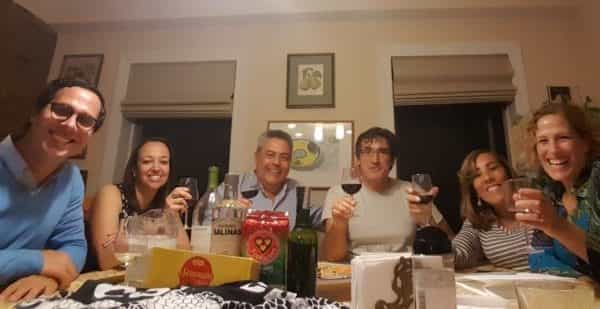 For anyone who knows me, reading this title you are probably thinking “what the H.E-double hockey sticks…your husband is from Brazil!”

Yes, but historically US State Department programs, such is this one coordinated locally through World Chicago, and in particular one’s from Partners of the Americas, (which focuses on exchanges just in this hemisphere), have been positioned as a hierarchy, with the US owning “the right way” and teaching those in other countries how to do it right.

Indeed this ‘bias’ was embedded in the stated objectives for the program: “Enable participants to understand processes…” “Expose Brazilian prosecutors to U.S. judicial proceedings…”

So it wasn’t until dinner was winding down and we transitioned to dessert that it actually registered with me that we had really important people in our house.

Our guests from Brazil were in Chicago as part of a “Transnational Crime and Anti-corruption Leadership Program.” I knew from their bios they were all federal prosecutors investigating corruption in Brazil. We had been in Brazil on the night of the vote to impeach then President Dilma.

Some made Dilma the villain, some the scapegoat, in a corruption/bribery scandal involving top government and business officials and involving over $20 billion dollars. I was excited for this personal audience to get a full, behind-the-scenes scoop on what was really happening. 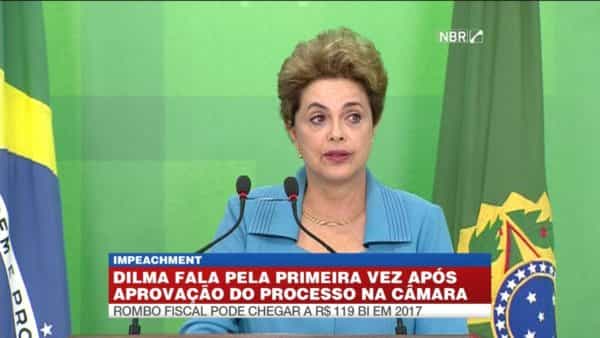 I was not disappointed. One guest, Neide, had personally negotiated recovery of over $2B in plea bargain deals. Nivio, another, was the highest ranking of the aforementioned “important people.” He was THE deputy prosecutor for the largest of only five judicial regions for the entire country of Brazil. That’s huge.

Neide had coordinated a national cybercrime advocacy group for the Federal Prosecutor Service in Brazil. She thought it interesting when she found out that prosecutors in New York faced similar problems. She exchanged cards with someone from the department in Washington, DC that works on requests for international cooperation related to cybercrime, for follow up.

In Chicago, she met with Steve Berlin, head of the Chicago Ethics office, and was impressed that all city employees, “from the garbage collector to department heads” must undergo annual training. “I was one of those employees!” I told her, citing my days at O’Hare with the Chicago Department of Aviation. (And I probably shared, with a tinge of sarcasm, the fact that it was one Alderman doing stupid stuff that spawned the ethics ordinance requiring training for all 13,767 City of Chicago employees.)

“In my walks, every man I meet is my superior in some way, and in that I learn from him” – Emerson

I’d like to blame my lack of understanding on a language barrier.  We had been communicating in Portuguese all evening. But I knew it was something else. It was that I was accepting the knowledge that each one brought without context…without affording full respect and recognition to the bearer of that knowledge.

When my husband and I “debriefed” after dinner, we both realized how we had underestimated the caliber of the group. Perhaps we would have benefited by watching Guilherme, the youngest of the group and the newest to the profession of Brazilian Federal Prosecutors: he drank little and was very deferential to his “superiors,” as he clearly realized this was an opportunity to make a good impression.

That said, I’m glad we listened, asked questions, had lively conversations, and fully enjoyed, welcomed and honored the guests in our home.

Our goal is always to be gracious hosts and show guests a good time.  We embrace meeting people from around the globe, to hear their stories and encourage their good work and ambitions to do good in the world. We get snippets of information about each guest ahead of time—their country of origin, a paragraph about their education and professional roles.

But what you read on paper can never match who they are in real life.

And always, always I include chocolate chip cookies, to me the zenith of a delicious, typically USAmerican Food (that’s my evangelizing!)

I knew I was successful when the brilliant and successful prosecutor Neide closed her description of the value of her trip to the US with this: 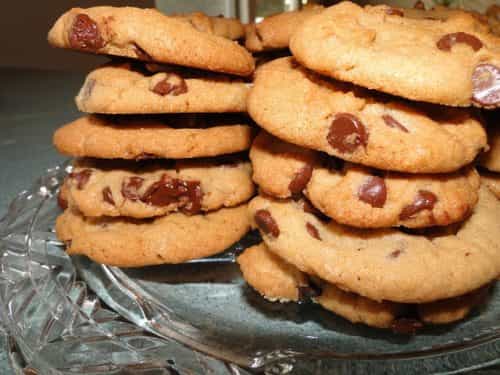