Blockchain Explained for Boomers and Gen-X 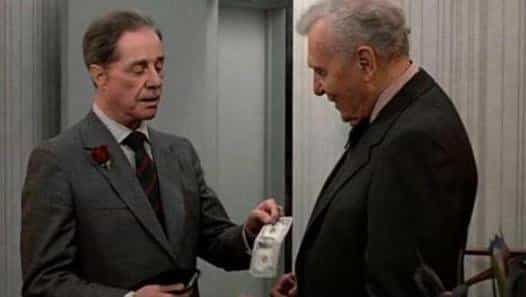 First off, the Dukes, the two $1 bet guys in Trading Places, are gone. And your children or grandchildren will find it incredulous that the ledger found in the glove compartment of Alan Alda’s car in Tower Heist was the actual, only, real copy.

Gone also may be the four inch stack of paper forms needed to apply for a mortgage, or the conversations your car sales person has with their manager in private while you fidget uncomfortably, waiting for an answer (a la Fargo).

That’s because Blockchain “holds the promise of verifiable and indisputable transactions that can be performed automatically at the time of delivery of goods or services,” say Thierry Hubert, CEO and Michael Cave, Senior Data Scientist, of Darwin Ecosystem.

A Quick Distinction between Bitcoin (one Brand name for Cryptocurrency, a la Kleenex) and Blockchain

So, basically, anyone can download the software that you use to mine bitcoin—in 2017 there were 9,500 networks with it—but only the fastest, most powerful systems will win the race to actually mine a bitcoin. (Reason 253 why you still don’t get it. Or reason 122 why you should let your kids play video games: Mining Bitcoin sounds like a video game and the prize is big money.)

Because all of the networks involved are keeping tabs and no new block can be added unless it’s verifiable on all connected networks, “in essence, these currencies are unhackable when stored correctly,” says Cave.

(Read more about Cave’s theory as to If/How Bitcoin will make you rich here.)

What is a Blockchain?

“A Blockchain is a peer-to-peer distributed ledger forged by consensus, combined with a system for ‘smart contracts’ and other assistive technologies,” say Hubert and Cave. “Together these can be used to build a new generation of transactional applications that establishes trust, accountability and transparency at their core, while streamlining business processes and legal constraints.”

“Think of it as not needing a middleman on a transaction workflow with many participants,” says Hubert.  “It is a perfectly traceable ledger of transactions, based on a smart contract that is representative of the participants’ consensus, managed and secured by encryption. None of the participants can alter the ledger, and all can trace it. It is peer to peer electronic governance free of human error.”

What people like about Blockchain technology is that stores blocks of information that are identical across its network—so it’s not controlled by a single entity and has no single point of failure.  As a result, “you can’t cook these books,” says Hubert.

A lot of talk about the value is around its use for “smart” contracts. The evolution could be thought of as how you once (and probably still) emailed forms back and forth to one another. Then we got fillable pdf forms that you could save onto your own computer; then things could live on the cloud or be shared via GoogleDocs.

But even there, think how annoying it is when someone makes a ‘stupid’ (anything you don’t agree with) change to a GoogleDoc. Sure—there’s only one version that everyone is updating, but you can’t be making updates at the same time and you still have to go back and undo what another person did if you don’t agree with the change.

In Blockchain, all on the network have the same exact document/ledger at the same time. If there is not consensus the networks ignore the change.  When a digital transaction is carried out, it is stored in a cryptographically protected ‘block,’ governed by rules defined by a governing body, such as an industry consortium, or a predetermined group of members.

And, to be clear, we are not just talking about docs. This is just a metaphor. “The Blockchain…is an incorruptible digital ledger of economic transactions that can be programmed to record not just financial transactions but virtually everything of value.” (Don & Alex Tapscott, authors Blockchain Revolution (2016)

What’s funny is in asking my pals at Darwin Ecosystem “what is Blockchain and what can it do” I got a lot of stuff I didn’t understand.

Yet if you look at the Darwin Ecosystem website under Blockchain services, you get “SECURE AND VERIFIABLE TRANSACTION SOLUTIONS FOR BUSINESS.” Oh…when you put it that way it sounds great and practical.  In fact, it sounds a lot like what the CEO of Caterpillar was talking about at Chicago Ideas Week a few years ago—making all of their equipment smart and on a network to maintain a ledger for tool maintenance so there is never downtime in production (and no one can fudge repair logs).

So with Blockchain the source of knowledge doesn’t exist in one place. There’s more universal access. “It has the potential to vastly reduce the cost and complexity of getting things done in the real world,” adds Hubert.

However, I envision that in this increasingly person-to-person environment, albeit across an extended network, individuals will need to be more diligent (makes you wonder how the Spicoli’s of the world will fare.)

What is NOT Blockchain

Sometimes explaining what something is not is another around to what it is. Cave gives these parameters as the key requirements for a Blockchain project:

If you look at the world for people born after 1980, there is ample evidence that the “person in charge” can’t be trusted.  There was the savings and loan crisis of the 80’s; the Enron scandal that stole millions of people’s retirement in 2000-2002; the recession and Bernie Madoff in 2008. We are so used to it that the most recent Wells Fargo account fraud scandal barely got people to cancel their credit cards.

Actually, now that you mention it, why do we trust big institutions? We accept the humiliation and judgement from the bank when making large purchases, undergoing credit checks and baring ourselves naked to get approved.  The bank tells us we need a lawyer and a closing agent and all types of things so that we are protected.

We hate it, but it never dawned on us there might be another way, speaking of House bought by using Blockchain.

Apparently for the next generation (one or two after you), they would give deeper trust to a system that NO ONE KNOWS WHO INVENTED IT, over established institutions.

“Bitcoin was introduced in 2008—Satoshi Nakamoto created the original rules of the Bitcoin network and then released the software to the world in 2009. Anyone can download and use the software, and Stoshi now as no more control over the network than anyone else using the software.” (Nathanial Popper, NY Times)

And, by the way, no one knows who Satoshi Nakamoto was. He/She could be from another planet and this is the plan to take control and crumble our way of life. But, for the aforementioned next generation, that apparently is not a deterrent: Only 30% of Millennials think democracy is a good way to run a government.

“The concept of hierarchical governance itself could be at risk with Blockchain.  In fact we can speculate that the future of democracy in action might become more organic and trustworthy through Blockchains,” says Hubert.  For me, I can’t help but think that it would still be governments or people in power setting-up up the terms of contracts. While this mitigates trust issues, it also excludes extenuating circumstances or personal exceptions and stories.

“It is just a matter of time until it becomes the new normal.”

See “Additional Blockchain Resources” for links to articles and research for this post.