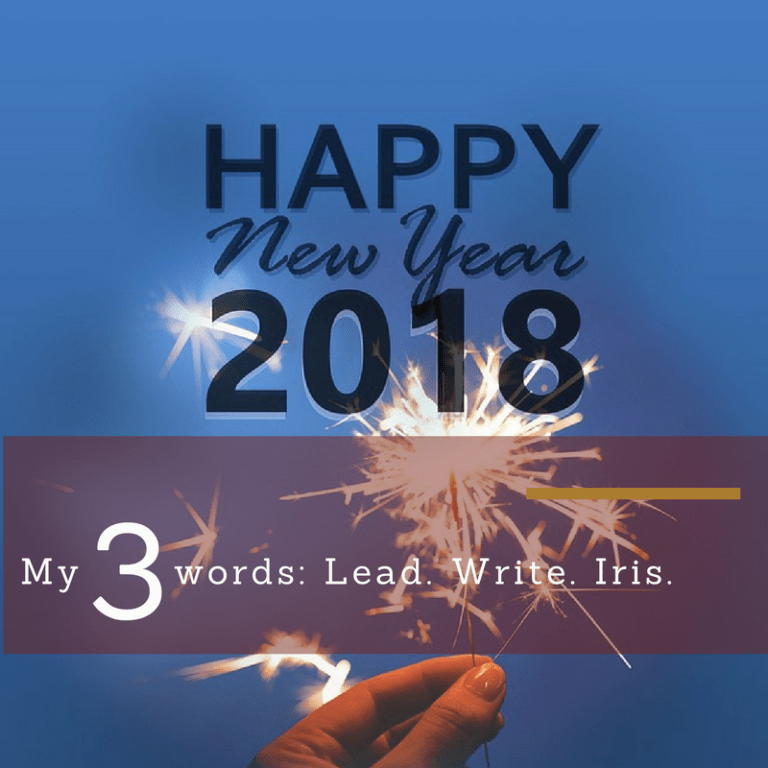 It’s that time of year. You’re thinking: “how can I make this a better year than last?” Maybe you need a resolution. But no, I’ve found that New Year’s Resolutions rarely survive the first six or seven days of January. Which is why I started the My 3 Words practice back in 2006. Let me share it with you!

Last year was the first year I adopted The Three Words a la Chris Brogan, but I found them really helpful and grounding.

Love was for turning to “what would love do?” when facing a challenge, as opposed to “what do the rules say you are supposed to do?” Years ago when volunteering to hand out the free lunches at one of Mayor Daley’s Senior picnics a grandma asked for a second lunch because she had brought her four year old grandchild with her. The rules said only one lunch per person and no grandchildren at the event. I am hoping to goodness gracious I acquiesced, but my initial response was “no, it’s not allowed.”

Love would not do that. Love would do what’s right from a person to person, caring perspective, not just follow blind rules.

Naked was about being bold and confident, stating my ideas and solutions without a question mark at the end, not being afraid of speaking and owning my truth.

Dance was about finding joy in fitness and good health and un-self-consciously loving and accepting my body.

Now as I enter 2018, centered and confident, the big story for this year is to address that unconscious inner voice that says “I’m not a good…” or “I could never…” head on.

Lead. I have wavered between the verb and the noun, lead vs leader, and have settled on the verb as action is the road to results. This was spawned by a conversation with my teenaged son about how he could step up to be a leader at school. I clearly hit a sore spot, because he said, in perfect developmentally normative style, “Come on, who do you think is the better leader in this car? (We were the only two in the car at the time). You are a terrible leader.” It was designed to hurt me, and it did touch a nerve and confirm something I’ve told myself time and again: “You are not a good leader.”

For me it’s about flowing between leader and servant-leader. Knowing when to lead and when to follow, within systems and boldly out in front, by actions, counsel and example.

Write. Again the back and forth between write and writer…but it’s about biting the bullet and writing. Writing with substance and depth; writing copy that wows clients; writing about subjects that are hard or make me uncomfortable; writing stories, writing naked (a la the aforementioned naked from last year…although the other definition might make for an interesting experiment…)

Seventy. I just re-watched the movie The Kid the other day with Bruce Willis. Willis’ 10 years old self (the kid from Two and a Half Men) shows up at his door step just days before his 40th birthday. While financially successful, the kid is pretty disappointed that Willis doesn’t even have a dog, among other things. Together they change the course of their life and when they meet their 70 year-old-self, they realize that they (Willis at both ages) have succeeded in achieving their dream.

Somehow this is always in Wanda Sykes voice: “Are you kidding me? You still haven’t lost that $%*ck#%g 20 pounds?”

Whether it’s the 20 pounds or writing a book or having ample money for retirement, I want to make my 70 year old self proud…perhaps even give her some laurels on which to rest.

Having tried my three words on for the first week of the year, I find that the last one doesn’t fit. So I am changing it to Iris. I love preparing for my future self, but just focusing on the number doesn’t do it for me.

Iris Apfel on the other hand is 96, fashionable, has published numerous books, and is a trendsetter and icon.

So I’m switching my third word from Seventy to Iris with a nod to her, and a hint at keeping an eye on the big picture.