Illinois Chiefs of Police Engaging with Communities to Build Trust 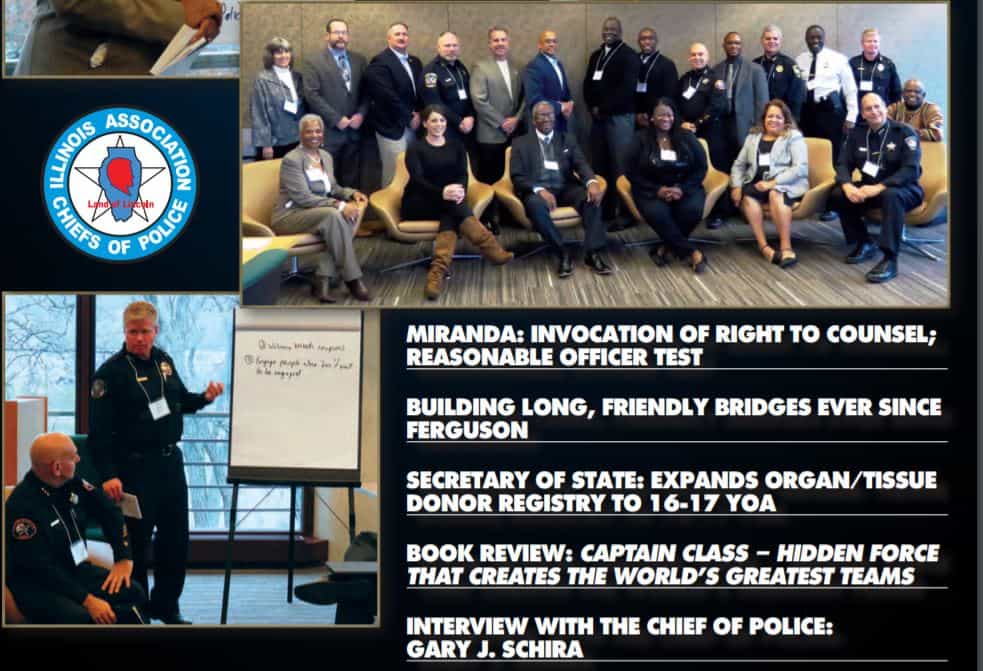 The February 2018 issues of Command, The Official Publication of the Illinois Chiefs of Police, talks about their work to advance dialogue with communities of color.

Mountains of statistics and studies tilting in law enforcement’s favor haven’t
resolved much in the national discourse as police have tried to build bridges
to minority communities in recent years. The shouting and banners with
statements such as “Stop Killing Us” are counterproductive.

There has to be a better way, and the Illinois Chiefs have found it — a third
way, a productive way, to respond to new challenges of dealing with minority
communities and the media since the infamous Ferguson incident in August
2014.

Intercultural Talk collaborated with Malii Carolyn of Engage Between  to facilitate the November convening of Police Chiefs and community groups from a variety of communities in Illinois.

Click here to read the full article, including all of the efforts that have taken place, leading to the announcement on March 23 of the Shared Principles Agreement between the Illinois NAACP the Illinois Police Chiefs. This process of listening and communication is a priority of the Illinois Chiefs, and a model for what could help in other communities.