What Kind of Technology Tourist are You? 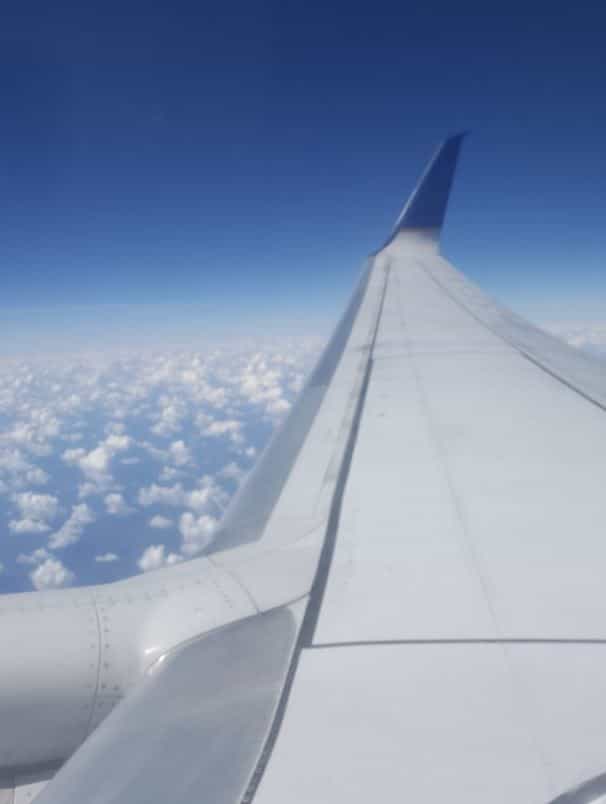 If I asked about new technology two years ago, you would have lamented (or relished) diminishing face-to-face connections, with the growth of Facebook and LinkedIn. A year ago you would have cried (or celebrated) the intrusion of mobile devices into everyday life. Today you might tell me how you shout out loud (Hey, Alexa!) that you are out of toilet paper, and more appears on your doorstep overnight.

For us non-digital natives (people age 50+ who grew up without technology), living in the US today is like living in a foreign land.  Driverless cars. Sunglasses with facial recognition. Robotic playmates…in both adult and child models.

Indeed, our world gets more alien every day.

What kind of technology tourist are you?

How are you exploring this strange new world in which we live? Do you hide inside, afraid to come out? Or do you hold your nose and take the plunge? I decided to collect some scientific data. Not the Big Data way of spying through your cell phone, but the old fashioned way: With a focus group. With my girlfriends. At the bar.

“I may have to drink a glass of wine or two but it’s all in the name of science,” I said to my husband as I headed out on this important mission.

Here’s what I found.

We are a continuum of Adopters, Adapters, Analyzers and Avoiders.

If I want to talk to my 82 year old mother, I pick up the phone. My sister, on the other hand, never answers her phone. For her I have to text. The best way to get a response from my 17 year old nephew is on Snapchat.  For family in Brazil, I probably wouldn’t talk to them at all if it wasn’t for Facebook. Instagram? Perfect for fashion ideas to stay hip IRL (In Real Life). Twitter offers a surprising back door into major corporations, for Customer Service or to talk to the CEO.

Adopters are those who dive in and embrace new technology. For me, that’s fun. I’m an interculturalist. I like speaking other languages. I take the same approach to technology.

Late adopters watch for a bit before taking up a new technological platform. Let others uncover the initial glitches and wait until they are fixed. Or pause to see if a particular technology that is trendy today, is actually going to stay.

The Adapter signs-up for things, tries things, and adapts them to their need or level of understanding. This approach says “I’m not scared to try it, but strategy and real life need comes first. It says you know who you are and technology is there to serve you.

“My husband takes a screen shot of every snap the kids send him,” says Trish, referring to Snapchat. The lure of snapchat—which has young people leaving Facebook by the millions—is that messages disappear after a short period of time, leaving no trail.

By the time you find your reading glasses, and then remember where you put your phone down while you were looking for your glasses, the snap has disappeared. Voilà the screenshot solution. “He wants to save them to read for later,” Trish explains.

Adapters may also know when and where to get help. They “gotta guy” (or gal). In fact this is most often how I help my marketing clients, who are almost exclusively 50+. They are building a business or finally saying yes to their big dream or idea, but find the world has changed a bit.

I taught Bena, 70, how to blog about her experiences of growing up in Soviet Ukraine. Jerry, at 90, has 1200+ followers on Facebook and Twitter where he helps grandparents connect to their grandchildren. He learns what he can and gets help where he needs it. In fact it was he who coined the term “Technology Tourist.”

Adapters don’t question why something works. Anita got the “cat friendly” version of the Rumble robotic vacuum. “How is it cat friendly?” asks Trish. “I don’t know,” says Anita. “But it hasn’t sucked up my cat’s tail.”

The analyzer on the other hand wants to understand how technology works. They dig deep and draw implications for everyday life.

David, 75, defers to his wife for electronic social communication. But he has spent the last few weeks watching 20 hours of an online course at Stanford on Neural Networks. He wants to understand how Artificial Intelligence works to foresee where it’s going. He’s fishing for investment ideas too: such as major players who make the chips or algorithms or other “behind the scenes” things, so the big visual products work.

Geno, 58, shuns social media. But if you give him a chance he will explain the matrix (the math, not the movie) behind the algorithms that are feeding Artificial Intelligence.

Analyzers want to know the science behind how things work.

The Avoider says I don’t want anything to do with that. Or they may even disparage all technology in favor of the “good old days.”

Most people are somewhere in between, or vary by technology

Jaime, who works in industrial sales, is reliant on LinkedIn for prospecting, but at the same time will tell you she’s not all that familiar with social media.

Lauren, in Cincinnati thought she had discovered sliced bread when she tried online shopping last December (41% of Boomers prefer to shop online.). “Why doesn’t everyone do this?” she asked. “No finding parking. I’m in my pajamas. It’s fantastic!” Trish goes one step further and uses her Amazon Prime app to get an alert on her phone when her packages arrive at her door.

What’s interesting is that while they all saw themselves as “technically challenged” (Anita’s words) when it came to social media platforms, they were all using AI and smart products in their lives.

Trish doesn’t get Twitter or Instagram, but loves her Amazon Echo. “It wakes me up. I get the daily weather. And I get updates on my real time commute to work.”

Anita’s newest IRL helper is a real time voice translator. Her mom is older and needs in home care. This new contraption will allow Anita to speak Lithuanian, out loud, to her mom’s caretaker.

It’s not one size fits all.

You might be an adopter of home gadgets while still avoiding too smart of a smart phone. Or you love Skype to talk to your grandkids, but you adapt it for use on a desktop computer. Or you may know you want to be connected, but need a guide to help you.

Even my 82 year old mother is tired of saying “so why haven’t you called.” She wants to Google what happened to her cousin Mona from summers together 75 years ago. Her new “veggiemama” gmail address is set-up and waiting for a trip to the store to get the AARP recommended Jitterbug smart phone.

We try. We laugh. Then We try again.

I think Anita eloquently summed it up as our focus group came to an end.

She nimbly pulled out her smart phone and used the flashlight app to read the bill in the dim light. All done, she turned the phone over trying to figure out how to turn off the light, and screamed as she blinded herself by shining the light into her own eyes.

I bet she won’t do that again. Well…maybe.

A shortened version of this article first appeared on Grand Magazine, with my permission, here: http://www.grandmagazine.com/2018/06/what-kind-of-technology-tourist-are-you/