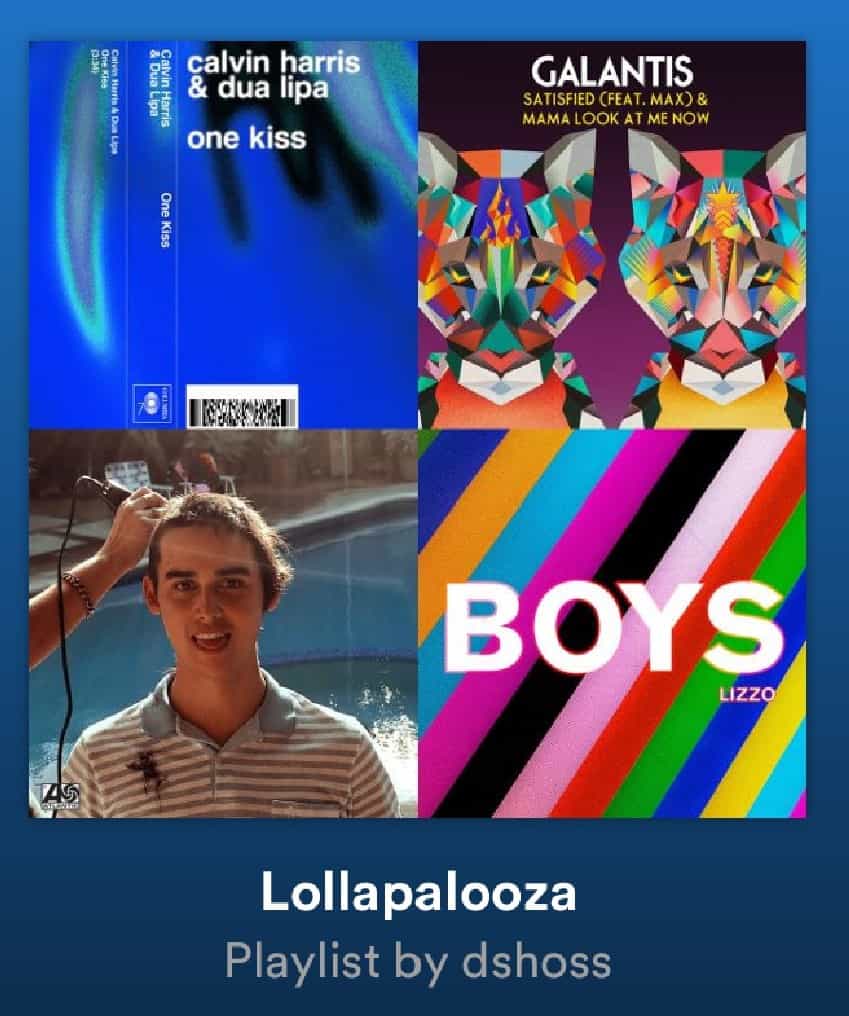 I had a ridiculous amount of fun yesterday putting together a Lollapalooza playlist for my Aqua Bootcamp class. As I told the class, made up of mostly women and a few men ages 40+ to 80, “I don’t want you just to look good. I want you to be hip and cool, too!”

I knew I was onto something when I caught a glimpse out of the corner of my eye of the lifeguards jamming in the office to the very first song, Satisfied, by Galantis. OMG, I thought, young people really do like this band!

The Intergenerational Challenge—how do we know pop culture?

Everyone says ‘ask a young person’ about what’s hot in pop-culture. (And I definitely love my daily Skimm for daily news through a millennial lens.)  But ask my son a question and he won’t answer. That’s his world, and he wants to keep it that way. Not me. Just as interculturalism is about seeing life through other’s perspective, I want to know what’s up in my own culture, today. Funny, because in the intercultural example, I recommend full immersion as a way to learn. Technically that’s what I got here, living in the US. But somehow at 50+ what’s hot/what’s not seems more elusive.

But Lollapalooza…how can you miss it? Streets are closed in Chicago; ads are everywhere. My son is going; my nephew is coming from St. Louis to go. But it’s just a bunch of (periphery) bands I’ve never heard of, right? It will be crowded. There will be porta-potties. God I’m old. And disconnected?

Spotify to the rescue.

My only rules were you have to be able to dance to it, and no cussing. That second rule did indeed did rule out probably at least 40% of the songs (kids today!). I found two playlists already created for Lollapalooza 2018. I was able to go through each (ruling out all that were marked “explicit”) play a second and know immediately if it would work for class. During class I announced the name of the artist with each new song, and checked with the lifeguard to see if she had heard of them. She was our single-person focus-group to know we were onto something.

In the end, I challenged the “knee-jerk-not-for-me” reaction to Lollapalooza by learning more about it (think application to stereotypes/bias), I felt an intergenerational connection to son, and I had oodles of fun.

After class I had dinner with my son and nephew. “Are you going to see Vampire Weekend?” I asked. What about Chromeo—do you think they know you can do John Travolta’s disco moves perfectly to Night by Night?I waited for my son to tell me he didn’t want to go anymore, because once his mom thinks something is cool, it is no longer cool to him. But honestly, at this point if that’s what he says, I will buy his ticket I will go and I will be in the front row dancing the whole time.

P.s. Here’s my Lollapalooza Aqua playlist on Spotify. Not on Spotify? Feel free to contact me and I will send you the list.

Three Lessons for Marketing and Interculturalism Gleaned from a Road Trip
November 1, 2018

The Elixir of a Teaching and Learning Culture
October 2, 2018