Three Lessons for Marketing and Interculturalism Gleaned from a Road Trip 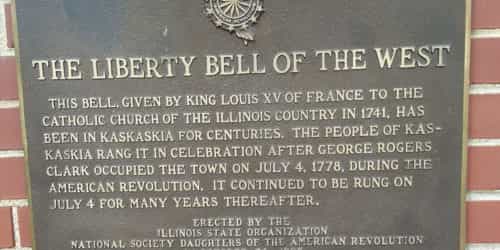 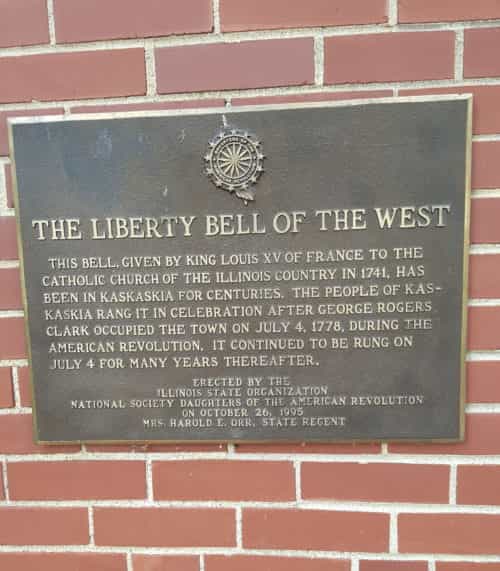 I once read that if you want to foster nostalgic memories for your child, you need to create and repeat annual traditions. For my son and me, it’s our epic road trips from Chicago to St. Louis to visit Grandma and Grandpa. My husband can do this drive in four hours. The longest it’s taken my son and me? Five days (via Panama City, FL). Our most recent trip was 29 hours.

It’s in my nature to always look for the deeper meaning in every day exchanges. So here are three “lessons learned” about intercultural/intergenerational perspective picked up from our back-roads meandering through rural Illinois.

Kaskaskia is home to the “real” biggest, oldest Liberty Bell in the US. Did you know that? It was given to the town by Louis XIV. This bell also had a critical role in the American Revolution. The townspeople rang it on July 4, 1778 after George Rogers Clark stopped the British at the farthest point west in the US at the time. And this bell doesn’t even have a crack!

So, why doesn’t it get as much love as the one in Philly?

The power was out due to a storm the day my son and I visited. We could only see a sliver of the bell by forcing open the automatic door (before we were warned to stop it lest we break the door). The marketer in me needed to know more about why the Liberty Bell in Philadelphia was getting all the glory. This larger, older, non-cracked bell surely had just as noteworthy of a background story.

After doing some research however, I found an historical context that hinted at Illinois’ and particularly Missouri’s conflicted identities during the Civil War. An image of the full exhibit shows two flags adorning the walls on either side of the bell: One current American Flag, and one Confederate Flag. There also is no phrase “liberty for all” etched into the metal, as with the Liberty Bell in Philadelphia. Rather than aspiring to be a beacon of hope for the future, the bell captures a time period in the past—one that is not universally associated with freedom.

My first lesson learned from our trip through Kaskaskia was going to be “It’s All about the Marketing,” because I was working under the assumption that the celebration of Philly’s Liberty Bell was the product of good framing and storytelling. But as it turns out, the bigger lesson is that simple observations and snap conclusions don’t always capture the full story, nor the context and depth of story. And we all know what they say about when you assume something.

The Naming of Murphysboro: What’s Your Thought Bubble?

In the olden days, back in the 1900s, AAA printed these great state books where you could follow along and read the population, year founded and historical highlights of most cities as you navigated across the state. Many towns across the Midwest were created by random settlers striking out west to build a life with their families. A horse dying here, a lost wagon wheel there— that is the founding story for many a small town. An ordinary person simply stopped and set up their homestead on the spot where their journey was cut short. Add a “ville,” “town,” or “boro” to their last name, and voila, a city is born.

“That’s funny,” he said. “The town of Murphysboro was named by drawing a random name out of a hat,” from among five townspeople.

I immediately imagined five white men at the local pub with voices loud and rowdy and faces ruddy from ale, as they put their names into the hat and did the drawing. Surely there was a round of boisterous laughter, clinking mugs and disparaging remarks about Murphy when he won.

I had such a clear picture in my mind. But as a writer and an interculturalist, I was curious what my son was imagining in his thought bubble (that cloud shaped outline above someone’s head in a cartoon, with words or pictures representing thought). I asked him.

“Everyone’s in formal clothing, George Washington wigs, around the town square. The five white guys are lined up on a stage as the women and children look-on. Somebody’s reading the results of the drawing from a scroll.”

Each person sees things from their own perspective and experience, through the lens of their (sometimes shared) culture and history. Without asking, we think we are seeing the same thing, coming to the same conclusion. But when we get to share our own perspective and ask others to share theirs, we discover a different way of looking at things.

How scary can a haunted house be in small-town Illinois, right? That’s what I thought as we waited to enter the Raven’s Curse Haunted House in Centralia, IL.

Turns out, it’s ranked 2nd best in Illinois and 31st best in the entire country. The creator of the haunted house has built a number of the big haunted houses in Chicago. He is from Centralia so he always does this one, too. And while a notable creator made it, the business was still run with a welcoming mom-and-pop atmosphere. His mom was the ticket seller. His dad was the ticket taker. When we wanted to get the “two-fer” package after the fact, he said he had to call his son to ask. It is truly a family-owned business.

And this unassuming haunted house was SCARY! There were top-of-the-line animatronics, amazing video inside picture frames in many of the rooms. And—this isn’t a spoiler alert since it’s on the video preview—but YUCK when someone’s head explodes and you get sprayed with water (at least I hope it was water!). The thing that put it over the edge was the actors. “They were amazing, not like the bored college students you find in Chicago,” observed my son.

Earlier that day I had been nostalgically reminiscing about how cool drive-in movies were as a kid. As you exited the Haunted House, there was a big movie screen with scenes from Tales from the Crypt playing on the side of the barn. Overturned crates and block benches on which to sit, and fire pits for when it got cold completed the perfect experience.

As we sat for a minute to settle our heartrates after an exhilarating walk through terror, we laughed, recognizing our “big city” arrogance.  Luckily we chose to live in the moment and fully embrace the experience. But how often do you have preconceived ideas about something or someone (aka prejudice) that overshadow what is actually before you? Just don’t.

Interculturalism starts with self-awareness, and that’s something you can practice all the time. What are your biases? How do you check your snap assumptions before responding? It’s about understanding how your own lens of experience colors your response and accepting that perception as “yours” as opposed to as the “norm.”

*A few other favorite road trip posts with Intercultural ponderings.

Would Bathroom Humor Tourism be Popular in Cultures Outside of the USA?

Being White in a Black Majority and Calling Out Unconscious Bias
June 25, 2020
Family Friday: A Child’s Insight to Intercultural Appreciation
November 21, 2019
Search this Site
Categories
Go to Top