Who Decides What You’re “Too Old” For? 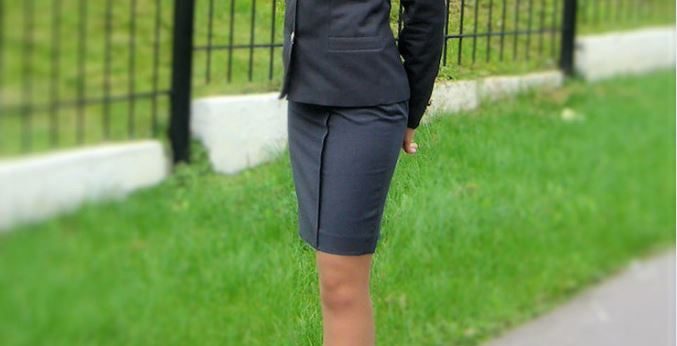 Carolyn R. told me in no uncertain terms that women over 40 should not wear short skirts. It was a few days past my 40th birthday, and I’m pretty sure I was wearing a short skirt at the time. I was probably feeling pretty spiffy (to use an old person word) until she said that. “Do I look foolish,” I thought? “Trying to be someone or something I’m not?”

The names, Boomer, Millennials, Gen Z…these are made up descriptions created to try to make sense of social interactions (or maximize marketing opportunities). And while some people of a group may behave similarly, individual difference always supersedes that.

There are two fun articles I’ve come across on the topic this week. One affirms the idea that it’s not your age—it’s your attitude that makes the difference.

“Age-appropriate is a horrible concept and must be added to the lexicon of terms never to be used.”

The first article was an experience by David Stewart and his colleague at Ageist. It seems they wanted to prove a point that there could be something definitive about clothing and age-appropriateness.

What they found, as they dressed in what looks like young people’s clothes from the 80’s…was that no one cared! In fact, when they stopped to talk to passers-by, people just thought they were younger. They wore the clothes with such confidence and purpose!

Read the article and see the outfits here.

But don’t try to sound like someone you’re not.

The second piece is a satire piece in Points in Case, about Boomers who try to sound like Gen Z’ers…Hence the article Zoboomers: The Boomers Hidden Among the Zoomers. These were the boomers who tried to say things were “lit” or “prada.”

Granted, I could probably stand to stop saying things are “really neat” which is a good decade behind “awesome,” which itself is over 30 years old.

But I encourage anyone who wants to try out new, hip words to use them on a teenager they know first. Someone like their own teenage child who will tell them the truth. For example “don’t ever say that again.” or “You sound like an idiot.” Better to hear it from your own child than to be mocked behind your back in public!

Back to the short skirt…It was about her, not me.

Back to my friend Carolyn who told me to stop wearing short skirts 15 years ago. I realize now that was more about her. Maybe she wasn’t comfortable in her own skin and was jealous of someone who was. Maybe she still had her mom’s voice running in her head with out-of-date rules. Or, maybe the experience of being 40 was different for her than it was for me. Age is relative to how you feel.

Personally, I have one annual age test, that I do every year on my birthday, thankfully continue to pass. Here it is: