When Diversity in the Workplace is a Laughing Matter 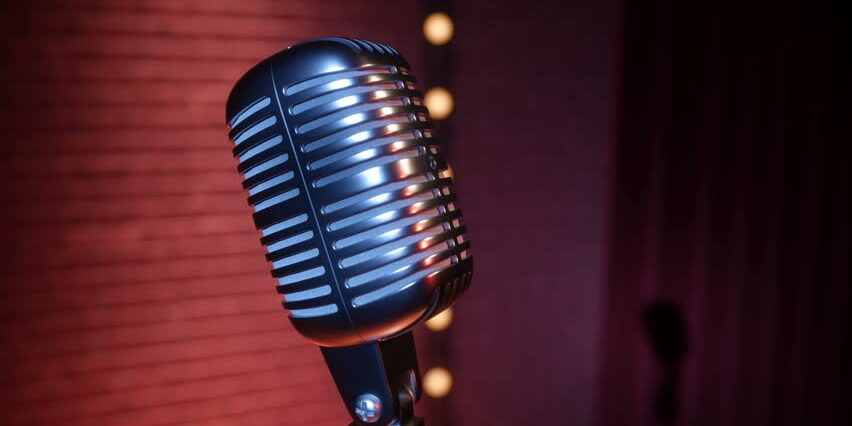 How Comedy Writers are Changing their Industry

Late Night Talk show host Seth Meyers introduces his regular segment, “Jokes Seth Can’t Tell,” with a window into the process of comedy writing. “Here at late night and every night I deliver a monologue comprised of jokes written by a diverse team of writers,” he opens. The reference here is to “the writers room.” Teams of writers work together writing and pitching hundreds of jokes to each other every day. They bring the best ones to the morning pitch meeting with the host and his team of executives and producers. That’s where the host decides which jokes will go into that evening’s monologue.

“As a result, a lot of jokes come across my desk,” Meyers continues, “that, due to my being a straight white male, would be difficult for me to deliver. But we don’t think that should stop you from enjoying them so we’d like to share them with you now.” He’s then joined on stage by two of his writers, Amber Ruffin and Jenny Hagel, who proclaim, “I’m black” and “I’m gay,” respectively, adding “and we’re both women.”

“And I’m not,” says Seth. For the rest of the segment he reads the set-up, and depending on the topic, Amber or Jenny delivers the punch line.

This invitation to share the stage to tell jokes about their identity is a powerful leap forward in an industry that is overwhelmingly not diverse. (Think Jimmy Fallon, Jimmy Kimmel, Stephen Colbert, Conan O’Brien and James Corden, to start.) The Writers Guild of America West’s first Inclusion Report Card, released in April 2019, affirms that it’s not just the faces that lack diversity, but the writers behind them as well. According to the report, of the writers hired for 2,985 jobs in television (maybe 100 of which might be for late night talk shows), across network, cable and streaming platforms, women held just 24% of TV showrunner roles and people of color held 12% of roles. Writers with disabilities made up less than 1% of employed TV writers. And that was actually higher than the number of writers over age 50, which was just about zero.

(This article originally appeared in the National Diversity Council Newsletter http://ndcnews.org/2019/05/16/when-diversity-in-the-workplace-is-a-laughing-matter/.  Reprinting it here today in honor of the Satire and Humor Festival taking place in Chicago this weekend, November 22-24, 2019.)

Over 100 established, emerging and wishful satire and humor writers gathered in New York City this past spring for the first ever Satire and Humor Festival. A highlight of the two-day event was a panel on Diversity in Humor. Tulio Espinoza, a New York Based event producer, writer and comedian, co-created the Festival and facilitated the panel on Diversity. “It was really important for us to showcase as many faces as we could,” said Espinoza.

Espinoza, who was born in Venezuela, noted that humor writing and comedy in general is still a very straight, white, male environment. “But it is changing,” he acknowledged. Some of that change is being driven from within, as writers themselves are pushing for a diversity of ideas within the writers room. “But there needs to be a top-down commitment as well.”

Top Down Commitment to Diversity & Inclusion is Key

And it’s coming, albeit slowly. NBC hosts an annual Diversity Showcase and a Late Night Writers Workshop. ABC and HBO are adding programs as well. The Second City, while not a TV network but a launching pad for many a future comedy star, prides itself on starting one of the first comedy Diversity & Inclusion Programs (in 1992).

“We value creating an art form that is representative of performers that resemble the world we live in,” says Dionna Griffin-Irons, Director of Diversity & Inclusion and a Second City Detroit alum. What’s particularly notable with The Second City’s outreach program is that 75% of the talent developed in-program are hired to work for Second City. Companies looking to have more diverse candidates in their hiring pipeline can learn from this model.

Still, for comedy writers there is no clear path to success. “It’s more about constantly putting things out there so that someone, somehow notices your work,” says Espinoza.

The Subjective Nature of Humor

Getting your work noticed, or having your jokes end up on-air, even after you are in the writers room, has a layer of diversity and bias built right into it. Because humor is subjective.

“People’s implicit beliefs, unconscious beliefs and preferences, matched what they found funny,” says Robert Lynch, postdoctoral fellow in anthropology at the University of Missouri, about his studies of humor. “You laugh when a joke resonates with your inner values and beliefs,” he says. And as most practitioners in the field of Diversity-Equity-Inclusion know, one’s values are directly connected to their culture, race and ethnicity.

“If there is one person in a room with a different experience than everyone else, when they pitch jokes or ideas no one else thinks it’s funny,” says Milly Tamarez. “Meaning not funny to them.”

Tamarez, who works a full-time “day-job” in marketing and social media, is the founder, creator and editor for flexxmag.com, a “POC (person of color) style satire site.” She is co-founder of the Diverse as F*** (DAF) Comedy Festival. “The “as F***” part was on purpose,” says Tamarez. This was not about the one black writer on the team or the token person in the sketch troupe, Tamarez explained. It was about all of the intersections: people who also had disabilities or who were LGBTQ, half Native American and more.

The goal of the DAF Festival is “to highlight underrepresented voices in society by creating a safe and supportive space for expression.” Tamarez saw many talented writers and comedians who were people of color who didn’t have that avenue. “Somebody should do something about that,” she thought. When no one else did…she did it herself. Tamarez definitely filled a void. For the 2019 Festival they received over 300 entries to fill 40 to 60 slots.

While the comedians may be of diverse backgrounds, the comedy is not all about race or racism. “Just because a comedian is black doesn’t mean it’s black humor,” Tamarez counsels. “Someone’s race shouldn’t be read as a person’s full life. Lots of things are funny,” she adds. “The best comedy is that which teaches you something without hitting you over the head.”

The Power of Humor to Educate

Writer and humorist Felipe Torres Medina didn’t intentionally start out to write political satire when he moved to NYC as an immigrant from Colombia in 2013. Torres Medina is in the US on an O-1B Visa for “extraordinary ability” (the US government’s designation, not mine, he clarifies). He was surprised to find highly educated people, with Master’s Degrees, who had so many wrong ideas about how immigration works in the US particularly for people in the arts. “Now I feel like it is my responsibility to educate people.”

Torres Medina’s work covers politics, immigration, stereotypes and more. An example is a piece published last May on a leading humor website, McSweeneys: Historically Accurate Things to Shout at your Cinco de Mayo Party. It pokes fun at many USAmericans’ ignorance of the actual historical context of the day. “I feel like it’s part of my responsibility as a brown person or Latino to express things in a way that’s not going to alienate people. I can inform people with satire.”

Torres Medina also sees the fact that this article was published as a sign of how more diverse perspectives are being represented in humor. “If I had tried to pitch this piece five years ago, they wouldn’t get that Cinco de Mayo is a thing,” he says. People are more aware of the world now because of access to media.

Perhaps that is becoming more apparent in business as well. Macy’s hosted conversations and performances by comedians of Asian and Pacific heritage at stores across the country for last May’s Asian Pacific American Heritage Month. “Macy’s wanted to explore Asian representation in today’s media and specifically how Asian Pacific culture and traditions are continued and honored through the various uses of humor in stand-up, writing, film, and television,” said Brittany Sepulveda, Coordinator, Media Relations for Macy’s. The program looked at the importance of comedy in celebrating heritage and addressing issues of representation.

More Diversity is Better for Everyone

For Torres Medina, more is more. “With more voices and more diverse people you can make more jokes. More diversity means more ways to find your way to funny.”

The good news is representation in comedy and late night talk shows continues to grow for women and people of color. Trevor Noah, who identifies as mixed race, hosts The Daily Show on Comedy Central. Samantha Bee hosts Full Frontal on TBS. Hassan Minaj, who is Indian-American Muslim, debuted his show, Patriot Act, on Netflix in May of 2017. Millennial YouTube personality Lilly Singh, who self-identifies as an Indian-Canadian woman, launched her show on NBC this fall.

“The newer shows are more open to hiring diversity,” says Torres Medina. “Hopefully we’re getting to a place where diversity becomes the norm.”