Urban Slang: How What You Say Shows Your Age 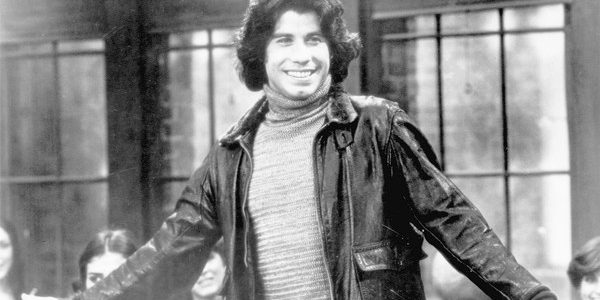 When I was a girl, boys had cooties. A friend’s daughter was recently warned by a fellow kindergartner not to touch or “you’ll get Coronavirus” (although that may have been more literal.) In Boccaccio’s day you would have avoided someone “like the plague.”

If you’re in another country and there’s a language difference you know to be hypervigilant. You expect misunderstanding. You think you’ve ordered two beers and they bring you two sopapillas. Maybe it’s a lingering Boston accent. “Two bee-ahs.”

Think how generation and experience can make a difference, even when native language is the same.

“You sound like a broken record,” refers to someone who keeps repeating the same thing over and over again. It’s like how the needle on the record player jumps back and repeats every time it hits a scratch on a vinyl record.

As I found out during a recent spontaneous focus group (a.k.a. asking people at a party), it means nothing to someone born in the 90’s—since records stopped being produced about that time.

“It was a gas” described a fun time in the late 70’s. In 2019 being gassed (as in “I’m so gassed!”) means being excited. I was taken aback the first time I heard that one—Jewish me immediately though of the Holocaust. I didn’t get cheesed/pissed/mad, but of course that association was not intended.

This is not a lament for the “good old days”

This is not a lament about “the good old days” when language made sense (to me). It’s about being cognizant of phrases you use, that you think are universal, but which might not be understood by the person with whom you are speaking.

“Hitting it out of the park” may not be construed as a compliment by someone from a culture that doesn’t play baseball. Likewise, telling someone off with “up your nose with a rubber hose” will…Actually, the gist of that probably would be understood. Although we knew we were impersonating John Travolta as Vinny Barbarino when we said it back when. Now you’ll just sound weird.

This “guy” was me at a staff meeting at the East Bank Club, a posh athletic in Chicago where I taught aerobics in the 90’s. The time my colleague said loud enough for me to hear, “Do you think someone should tell her no one wears thong leotards anymore?” Ouch!*

Am I mixing subjects? Sure. But it’s to suggest that it’s good to look at your go to phrases, analogies and metaphors every so often to see if they are still relevant. Sometimes there is a newer version that would resonate with a broader number of people. For example “pink slip” is to “got canned” or “got the boot.”

Worse than just sounding ancient, is using long-time phrases that are now known to have racist origins, such as “grandfathered in” or “paddy wagon” (Read more about that, here.)

Mr. G., the principal at Taft High School has a “schtick” (Yiddish for a series of funny things a performer says, their go-to act to grab attention) that he does every year at graduation. He gives a pep talk to the graduates in “teen” and then translates for the parents and guests.

“We’re dope that you’re thirsty to skrrt and spill tea with your squad,” he might start. (See his translation key here.)

But as I found out from one of the 20-somethings at my aforementioned impromptu focus group, those sayings, from 2019, are already passé. “I think they’re popular in middle school,” was the consensus. (Sorry, Mr. G.!)

Be You and Be Self-Aware

This is definitely not encouragement to start slipping urban slang into your vernacular. Nor is it intended to admonish you or make you self-conscious about the phrases that pepper your conversation.

But it is a hint to be self-aware. To understand your own generational and cultural influences on the language you use. It’s a reminder to adapt what you’re saying with different audiences and ask for feedback to make sure you are understood.

And it’s a challenge to embrace this is an ongoing process.

Literally, in the last week, “bye Felicia” was eclipsed by “byyyyyeee.” And just when I was going say “later, gator.”

What are some of your favorite urban slang sayings?

Are they still relevant? What’s the 2020 equivalent? Not sure? Do your own focus group with friends and family. It will be legit!

*A personal thank you to Liz who said, “they aren’t still in style?” when I told her that story about thong leotards…last week. I feel so vindicated.