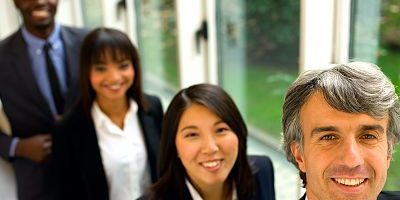 The ERA and Women in the Workplace 2020

The first Women’s Rights Convention in the US took place in 1848. 75 years later, in 1923, women began the fight for an Equal Rights Amendment (ERA). The ERA finally passed the House of Representatives and the Senate in 1971 and ‘72 respectively. It then went out for ratification by the states. And there it has languished ever since. It needed three quarters (38) states approval to be added as the 28th Amendment to the U.S. Constitution.

While women’s issues continue to be at the forefront in the news, the ERA only recently resurfaced. Virginia became the 38th State to pass it in January 2020. But it’s future is still not secured. The statute of limitations is long gone—even the extension expired in 1982. And in the meantime, five states have rescinded their approval. Following Virginia’s passage last month, three state attorneys general sued to waive the previously set expiration date and enact the amendment.

Over the years, many other laws have passed that aim to protect women’s (and other protected classes) rights under the law and in the workplace. Six to be specific:

So it’s all fixed, right? Is the Equal Rights Amendment still needed?

In terms of protection, until there is a national ERA, states still have the ability to interpret laws differently, which can lead to different outcomes for women depending on where they live.

As relates to women in the work force, according to Catalyst, a global nonprofit that helps organizations accelerate progress for women at work, in 2018, women made up 44.7 % of all employees at S&P500 companies. But they only accounted for 21.2% of board seats, 11% of highest earners and 5% of CEO’s. 29% of senior management roles were held by women in 2019, the highest number ever on record.

The US workplace was designed by men, for men, in a different era. Today women account for more than 50% of the US population, and nearly that for the workforce. This is not about how to fit women into the mold as it exists. It’s about creating a new work model that engages and promotes men and women, on an equal playing field. For true change to happen it must start at the top, with the leadership team, and with a new vision and design of what a truly inclusive workplace can look like.

This article was written by Intercultural Talk for Executive Diversity Services. Read the full article on the EDS website here: https://www.executivediversity.com/2020/02/03/the-era-and-women-in-the-workplace-2020/